TEHRAN, November 13 - Stan Lee, who dreamed up Spider-Man, Iron Man, the Hulk and a cavalcade of other Marvel Comics superheroes that became mythic figures in pop culture with soaring success at the movie box office, died at the age of 95, his daughter said on Monday, November 12. 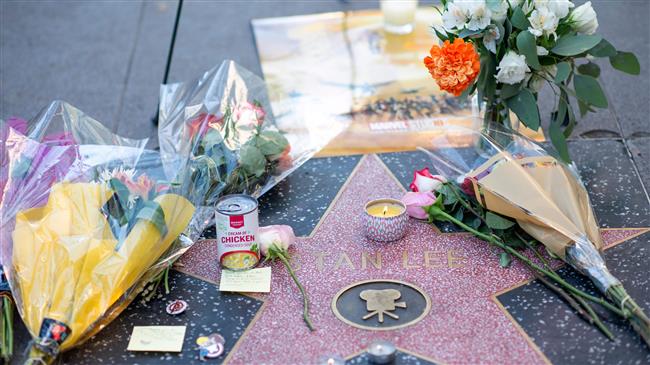 TEHRAN, Young Journalists Club (YJC) - As a writer and editor, Lee was key to the ascension of Marvel into a comic book titan in the 1960s when, in collaboration with artists such as Jack Kirby and Steve Ditko, he created superheroes who would enthrall generations of young readers.

Americans were familiar with superheroes before Lee, in part thanks to the 1938 launch of Superman by Detective Comics, the company that would become DC Comics, Marvel's arch-rival.

Lee was widely credited with adding a new layer of complexity and humanity to superheroes. His characters were not made of stone - even if they appeared to have been chiseled from granite. They had love and money worries and endured tragic flaws or feelings of insecurity.

He had help in designing the superheroes but he took full ownership of promoting them. His creations included web-slinging teenager Spider-Man, the muscle-bound Hulk, mutant outsiders The X-Men, the close-knit Fantastic Four and the playboy-inventor Tony Stark, better known as Iron Man.

Dozens of Marvel Comics movies, with nearly all the major characters Lee created, were produced in the first decades of the 21st century, grossing over $20 billion at theaters worldwide, according to box office analysts.

Spider-Man is one of the most successfully licensed characters ever and he has soared through the New York skyline as a giant inflatable in the Macy's Thanksgiving Day Parade. Lee, as a hired hand at Marvel, received limited payback on the windfall from his characters.