TEHRAN, November 13 -European shares recovered on Tuesday after feeling the strain of a tech rout on Wall Street, while political risks in Europe helped the dollar as investors dumped riskier assets. 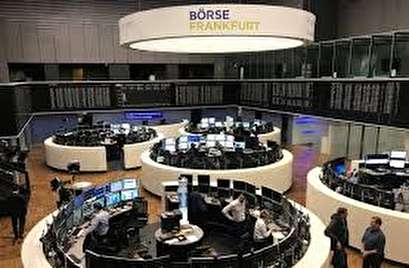 Fears of a peak in corporate earnings growth, softening global demand and rising interest rates in the United States have put investors on edge in the past month.

So has the Sino-U.S. trade war and the twin risks from Brexit and Italy’s budget row with the European Union. Volatility is on the rise again.

Monday’s equity sell-off in the U.S. was led by tech stocks, and Apple and Amazon were the major culprits, with the latter’s stock slumping over 5 percent.

But fears about a long-term slump in technology stocks faded on Monday as investors turned to efforts to wind down the Sino-U.S. tariff war. The pan-European STOXX 600 gained 0.5 percent by 0930 GMT.

Markets in Asia also recouped some losses after a report that China’s top trade negotiator was preparing to visit the United States before a meeting between the leaders of the world’s two largest economies.

“Though there have been some efforts to resolve the (trade war) tensions in recent days, in my opinion, things are likely to get worse before they get better,” said Sergio Ermotti, CEO UBS.

Some reckon that U.S. President Donald Trump will turn up the heat over trade. His administration is broadening its trade battle with a plan to use export controls, indictments and other tools to counter alleged Chinese the theft of intellectual property, the Wall Street Journal reported.

Riskier assets including Asian equities have been hurt by rising U.S. interest rates. The Federal Reserve is expected to tighten policy further in December.

In Europe, sterling jumped half a percent to as high as $1.2917 GBP=D3 after a British cabinet office minister said a Brexit agreement with the EU was still possible in the next 24 o 48 hours.

A growing rift over Italy's budget has hit the euro recently but the currency drifted up from a 16-month low to $1.1234 EUR=EBS, up 0.1 percent.

The Italian government faces a Tuesday deadline to submit a revised budget to the EU. Its refusal so far to cut the draft deficit sets the stage for a collision with Brussels.

The political malaise in Europe continued to aid the dollar .DXY against a basket of currencies. At 0900GMT it was flat at 97.6. It had hit 97.70 on Monday, its highest since June 2017.

Oil prices hovered near multi-month lows after declining for a record 11th consecutive session as Trump said he hoped there would be no oil output reductions.