Bin Salman 'Tried to Persuade Netanyahu to Go to War in Gaza': Sources 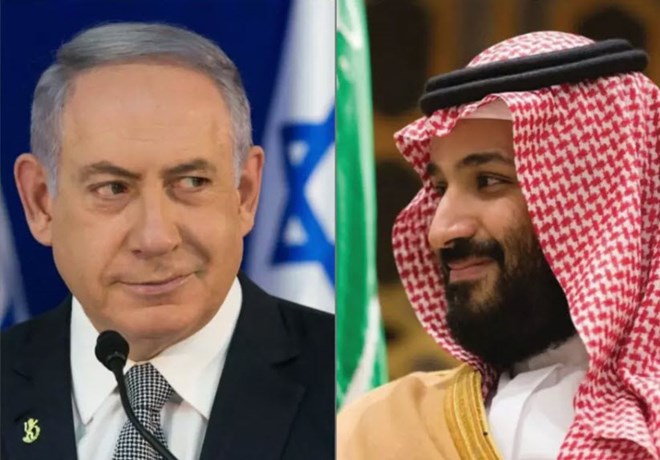 TEHRAN, Young Journalists Club (YJC) - A war in Gaza was among a range of measures and scenarios proposed by an emergency task force set up to counter increasingly damaging leaks about Khashoggi's murder coming from Turkish authorities, according to sources with knowledge of the group's activities, the sources told the Middle East Eye.

The task force, which is composed of officials from the royal court, the foreign and defense ministries, and the intelligence service, briefs the crown prince every six hours, according to the report.

It advised bin Salman that a war in Gaza would distract Trump's attention and refocus Washington’s attention on the role Saudi Arabia plays in bolstering Israeli strategic interests.

It also advised bin Salman to “neutralize Turkey by all means” - including attempts to bribe Turkish President Recep Tayyip Erdogan with offers to buy Turkish arms and statements by the crown prince attempting to shore up relations between Riyadh and Ankara.

In comments made at last month's Future Investment Initiative, bin Salman claimed Khashoggi's murder was being used to drive a wedge between Saudi Arabia and Turkey. He said that would not happen "as long as there is a king called King Salman bin Abdelaziz and a crown prince called Mohammad bin Salman in Saudi Arabia".

Khashoggi was brutally killed in the Saudi consulate in Istanbul on October 2, in an operation which Turkish authorities believe was carried out by a hit squad whose suspected members contained several members of bin Salman's personal bodyguards.

Saudi officials have denied that the crown prince has "any knowledge whatsoever" of Khashoggi's killing.

Some of the task force’s other recommendations were leaked to a close confidant of bin Salman, Turki Aldakhil, the general manager of the Al Arabiya news channel. He revealed "more than 30 potential measures" that Riyadh could take if Washington imposed sanctions.

He said the kingdom was capable of doubling or tripling the price of oil, of offering Russia a military base in the north of the country, and of turning to both Russia and China as its main arms suppliers.

Aldakhil later dismissed these threats “as his ideas only", but his original article on the Al Arabiya website sources these threats to "decision-making circles within the kingdom”. This, according to the Middle East Eye, is the task force set up to advise bin Salman.

Saudi Arabia and Israel are considered to have increasingly close secret ties, driven by their shared hostility to Iran, and bin Salman has been a key player in efforts to sell Trump's "deal of the century" peace plan for Israel and Palestine to regional leaders.

Speaking to the BBC earlier this year, Netanyahu said that Israel and some Arab nations were going through a process of "subterranean normalization".