TEHRAN, November 15 - Iraq has rejected a US deadline to stop importing Iranian gas, warning that any halt to the supplies would create a real power crisis which sparked several days of unrest in Basra and elsewhere this summer. 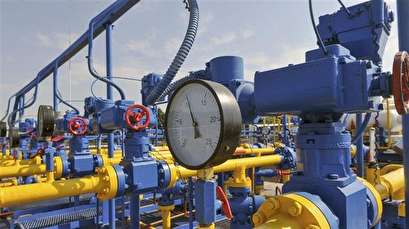 TEHRAN, Young Journalists Club (YJC) - “Stopping Iranian gas after the deadline will create a real power crisis. We need more time … the Americans are completely aware of how desperately we need Iranian gas,” an Iraqi official was quoted as saying on Wednesday.

The announcement came after the US embassy in Iraq said on Thursday that Washington had given Baghdad 45 days to stop purchasing gas and electricity from Iran.

Iraq has extensive trade ties with Iran and heavily depends on Iranian natural gas imports for electricity generation. Basra in southern Iraq was hit by violent protests which spread to other cities this summer, partly because of a halt of Iranian electricity exports.

Earlier this month, Iraq’s former prime minister and leader of the al-Wataniya faction in parliament Ayad Allawi warned that new US sanctions on Iran would have deep impact on the Iraqi economy.

Allawi said like the Iraqi government and other political leaders, he was opposed to unilateral US sanctions on the Islamic Republic, Iraq’s al-Maluma news agency reported.

The two neighbors are currently working on increasing Iranian gas flow to Sadr, Baghdad and al-Mansuriya power plants through a 270-kilometer pipeline and to Basra near the Iranian border via a separate pipeline.

It will increase to 35 million cubic meters daily, according to the terms of their agreement.

Head of Iraqi Chambers of Commerce Jafar Rasul Hamdani said on Tuesday that Iran’s gas and electricity exports to Iraq rose 40 percent in the first six months of the current year from the same period a year ago.

A second official told Reuters on Wednesday that Iraq would submit a request to the United States to allow it to import beyond the 45-day deadline.

Iran is currently Iraq's top trade partner. Hamdani said despite US sanctions against Iran, the two countries have sharply increased their trade exchanges in recent months.

“In the first six months of this year, the volume of exchanges rose from $4 billion to $6.4 billion compared to the same period in 2017,” he told Iran’s state news agency IRNA.

The number of Iraqi pilgrims and tourists travelling to Iran also increased 17 percent during the period, he added.

“These figures indicate that despite the problems, the will of the two countries is based on increasing cooperation and economic relations.”

Hamadani made the remarks on the sidelines of the Baghdad International Fair where 60 Iranian companies have been showcasing their products.

An entire hangar has been set aside for Iranian goods ranging from food to construction and sanitary materials, carpets, machinery, steel, auto parts, plastics, chemical products and engineering services.

“Products coming from Iran are cheap. It’s a big source for raw materials.”

Iran's Ambassador to Iraq Iraj Masjedi said the two countries will expand their already flourishing trade. The US sanctions, he said, "will not affect the relations between the two countries."

Masjedi said that trade between the two countries was on track to reach $8.5 billion this year, and Iran hopes to expand bilateral trade to $22 billion annually.

Touching on US sanctions, he said so long as companies do not use the US dollar or go through the US financial system, they are free to do business with Iran.

Vice-president of Iran’s Trade Promotion Organization (TPO), Mohammad-Reza Modoudi, said Iraq had been the top destination of Iranian goods for exports since March for the first time.