TEHRAN, November 16 - North Korea will deport a U.S. citizen detained since October after he entered illegally from China and told his captors he was manipulated by the U.S. Central Intelligence Agency (CIA), the North Korean state news agency reported on Friday. 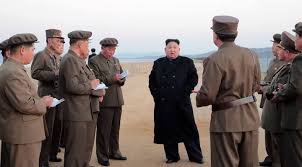 TEHRAN, Young Journalists Club (YJC) - The KCNA news agency identified the American as Bruce Byron Lowrance and said he was detained on Oct. 16 as he crossed the border.

An American man of the same name was deported from South Korea in November 2017 after being found wandering near the heavily fortified border with North Korea, but there was no immediate confirmation of the identity of the man held by North Korea.

A spokesman for the U.S. Embassy in the South Korean capital, Seoul, said he could not comment because of privacy concerns, and would not confirm whether American officials were aware that the man was being held.

Using the initials of North Korea's official name, the Democratic People's Republic of Korea, KCNA said the man had told his captors "he illegally entered the DPRK under the manipulation of the CIA".

North Korea's treatment of U.S. citizens has been highly contentious at times over the years, sometimes holding them as prisoners for extended periods.

In 2017, the death of American student Otto Warmbier after having been detained in North Korea for 17 months helped spark nearly a year of tension as Pyongyang and Washington traded threats of war.