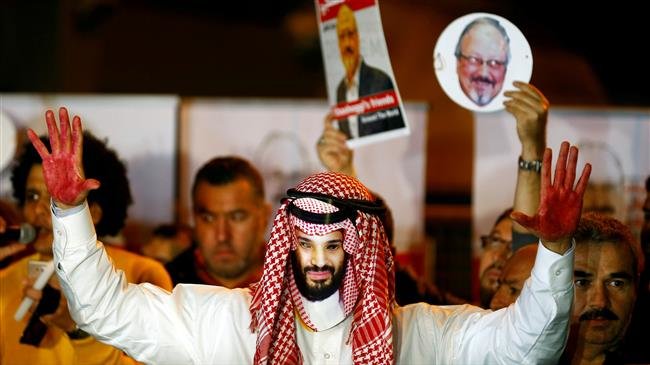 TEHRAN, Young Journalists Club (YJC) - In a report published on Friday, The Washington Post, citing unnamed people familiar with the matter, said that the American spy agency had reached the conclusion that the Saudi de facto ruler had ordered the assassination, contradicting Riyadh’s claims that he was not involved in the killing.

According to the American daily newspaper, to which Khashoggi was a contributing columnist, in conducting its assessment, the CIA examined multiple sources of intelligence, including a phone call that the prince’s brother Khalid bin Salman, the Saudi ambassador to the US, had with the ill-fated journo, telling him to go to the Saudi diplomatic mission and giving him assurances that it would be safe to do so.

But shortly after the report was published, the Saudi ambassador to the US denied in a tweet he had spoken to the slain journalist by phone or had suggested he go to Turkey.

Khashoggi, 59, an outspoken critic of bin Salman, disappeared after he entered the Saudi diplomatic mission in the Turkish city on October 2 to complete some paperwork for his forthcoming marriage.

However, as diplomatic pressure grew tremendously on Riyadh to give an account on the mysterious fate of its national, in an unexpected statement last month, Saudi Attorney General Sheikh Saud al-Mojeb admitted that Khashoggi had been killed in a “premeditated” attack in the consulate.