TEHRAN, November 20 - European Union Foreign Policy Chief Federica Mogherini said work is continuing on the special purpose vehicle (SPV) aimed at facilitating trade with Iran following the reimposition of US sanctions on the country, but gave no specific date as to when it is going to be implemented. 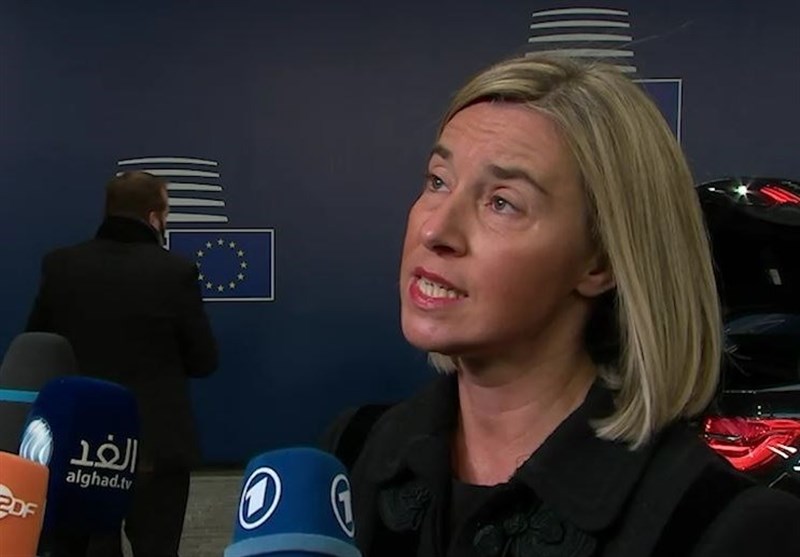 TEHRAN, Young Journalists Club (YJC) - “You have to ask the Foreign Ministers of France, Germany and the UK. Our work continues, their work continues and we support it,” she said in response to a question as to when the SPV is going to be ready.

“The involvement of the Finance Ministers of the E3 (France, Germany, UK) is of key importance at this stage. They are working hard to finalize it. I cannot tell you a date, but I can tell you that work is continuing and is progressing in a positive manner. And again, as I said, the involvement of the Finance Ministers of these three Member States, but also of other Member States is, I think, a crucial step that makes me think that it will be delivered sooner rather than later,” Mogherini said.

EU countries led by France, Germany and Britain -signatories to the 2015 Iran nuclear deal- want to enable non-US trade with Iran to continue in defiance of Washington.

The EU has devised the SPV, a financial mechanism, to continue trade with Iran and neutralize the US sanctions against Tehran.

On May 8, US President Donald Trump pulled his country out of the JCPOA, which was achieved in Vienna in 2015 after years of negotiations among Iran and the Group 5+1 (Russia, China, the US, Britain, France and Germany).

The US reimposed the first round of its sanctions on Iran in August and the second round took effect on November 4.