TEHRAN, November 23 - The thought of a stranger filming you while you sit on your balcony or work in your garden is likely unsettling to most. 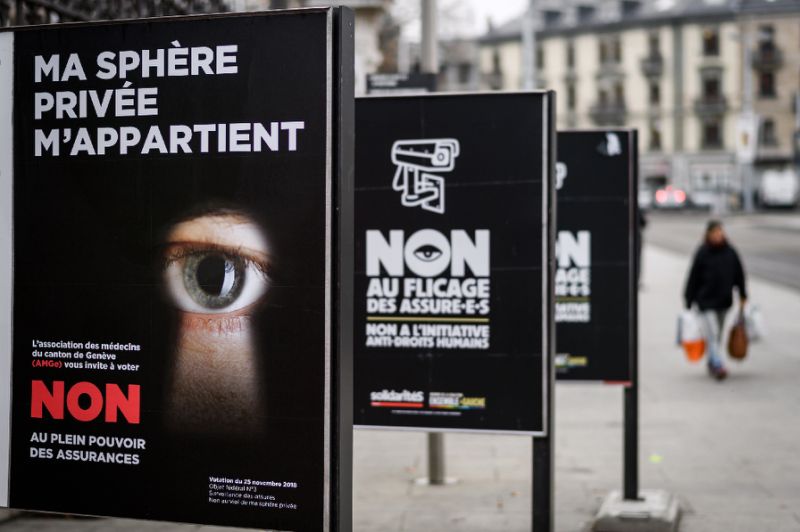 TEHRAN, Young Journalists Club (YJC) - But imagine if the snoop is a private detective hired by your insurance company to investigate whether you are a welfare cheat.

That scenario has divided opinion ahead of a Sunday referendum in Switzerland, part of the country's direct democracy system, where voters will decide on legal amendments establishing the type of surveillance insurance companies can use.

A revised law passed by the government in March gives insurers broad leeway to spy on potential fraudsters.

It appears set for approval with nearly 60 percent support, according to a survey conducted this month by the GFS Bern polling and research group.

But critics of the legislation who secured the signatures needed to force Sunday's vote say the measures do not prohibit serious, unjustified invasions of privacy.

But that stopped following a 2016 ruling at the European Court of Human Rights.

In a 6-1 decision, the Strasbourg court agreed with a Swiss plaintiff who claimed her insurance company's spying breached privacy rights.

The plaintiff, Savjeta Vukota-Bojic, was struck by a motorcycle in 1995. A decade later, her insurer requested that she undergo fresh medical examinations to assess if she still deserved full benefits.

When she refused, her insurer hired detectives to watch her before cutting her benefits by 90 percent.

Swiss courts said the spying was legal, but the European court disagreed and specifically criticized Bern for being "insufficiently precise" about the type of surveillance permitted.

"Honest recipients of insurance benefits have no reason to worry. Their insurance benefits remain untouched. They are not monitored," Mauro Tuena, lawmaker for the rightwing Swiss People's Party, wrote in an op-ed for public broadcaster SRF. But Silvia Schenker, a lawmaker with the centre-left Social Democratic Party, argued the amendments were hastily written under pressure from insurance industry lobbyists and lacked "legal clarity."