TEHRAN, November 23 - More than a hundred community groups have called on Canadian Prime Minister Justin Trudeau to launch an initiative for uniting the country against existing hate and crime, which has recently been on the rise against the Muslim people. 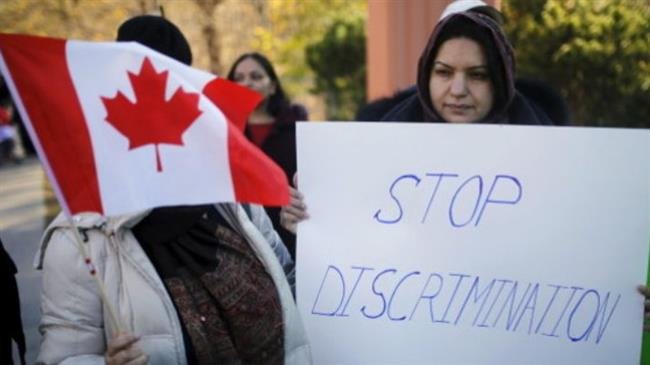 TEHRAN, Young Journalists Club (YJC) - The National Council of Canadian Muslims (NCCM), a prominent civil liberties and advocacy organization, sent an open letter to Trudeau on Thursday, calling on him to designate January 29 a National Day of Action against Hate and Intolerance.

The day marks a deadly attack against on the Islamic Cultural Centre in the French-speaking province Quebec, which claimed the lives of six people.

The mosque attack was "the most horrific large-scale expression of the kind of Islamophobia that too many Canadian Muslims face daily,” read the letter that was signed by dozens of Muslim, interfaith and other community groups across the country.

“As we approach the second anniversary of the attack; we pause to recognize that the racism and hatred that underpinned this attack do not exist in isolation,” it said.

The letter said that the move would allow all Canadians "to join together in the fight against Islamophobia and hate of all kinds.”

"Recent attacks against religious, racial and other minorities in Canada have demonstrated beyond any doubt that no one community can combat this hate alone.

Rather, as Canadians, we must come together and unite, not only against Islamophobia but against all forms of hate,” read the letter.

Following the mosque attack last year, the Trudeau government proposed a symbolic motion which called on the government to condemn Islamophobia.

Far-right groups, however, immediately expressed their opposition and white supremacist groups staged rallies in cities across the country.

Last month, the newly-elected Quebec PM, Francois Legault, even announced a day after his electoral victory, that intends to introduce legislation banning teachers, police officers, judges and other public sector employees from wearing any sort of religious symbols.

In an incident earlier this year, an 11-year-old school girl, who covered her hair by Hijab (Islamic wear), came under attack by a man as she was walking to school with her younger brother in Toronto.

The assailant had used scissors to cut Khawlah Noman’s hijab in two attempts within 10 minutes.

Another horrific assault against a Muslim man in Toronto shocked many back in July.

Two brothers attacked a 39-year-old Muslim man and beat him up so badly that he was sent to intensive care in hospital.