Turkey charges Gulen, 27 others for killing of Russian ambassador

TEHRAN, November 23 -Turkey has charged 28 people, including US-based opposition cleric Fethullah Gulen, for their alleged involvement in the killing of the Russian ambassador to Ankara back in 2016. 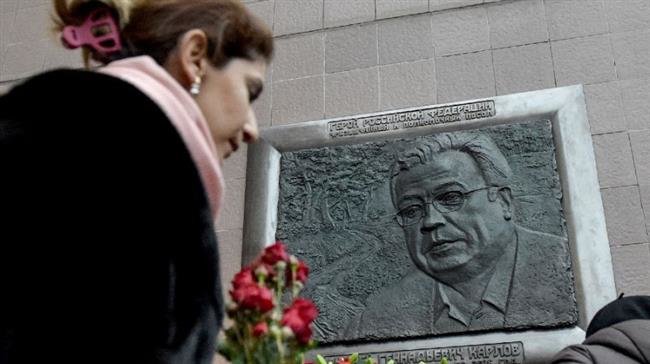 TEHRAN, Young Journalists Club (YJC) - The Russian ambassador, Andrei Karlov, was killed on December 19, 2016 during the opening of a photo exhibition at a gallery in the Turkish capital Ankara. The assassin, off-duty policeman Mevlut Mert Altintas was later gunned down in an exchange of fire with security personnel at the scene.

The 28 suspects are charged with "violating the constitutional order", "being a member of a terror organization", "premeditated murder with the intention of causing terror", and "seeking to create terror or panic", the state-owned Anadolu news agency said Friday.

After carrying out the murder, Altintas went on a rant caught on camera, which saw him bawling “Don’t forget Aleppo, don’t forget Syria!”

The assassination, condemned by the Turkish and Russian leaders as an attempt to sour Ankara-Moscow ties, came amid cooperation between the countries over the Syrian crisis.

Turkish President Recep Tayyip Erdogan said that Gulen was behind the assassination. The elderly cleric, who has lived in self-imposed exile in the US since 1999, however, has flatly denied the allegation as he has strongly rejected the charge of having a role in the July 2016 attempted coup and condemned the putsch.

Last April, Turkish judicial authorities ordered the arrest of Gulen and seven others within the context of the investigation of the 2016 assassination of the Russian ambassador to Ankara.

Relations between Moscow and Ankara had improved in mid-2016 after bilateral ties became strained after Turkey shot down a Russian plane in November 2015 over the Turkey-Syria border.