Obesity linked to COPD in nonsmokers

TEHRAN, November 24 -People who are morbidly obese have a much higher probability of developing chronic obstructive pulmonary disease than people who smoked, according to a study. 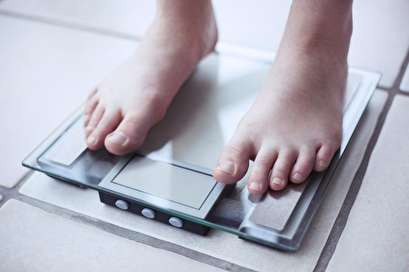 TEHRAN, Young Journalists Club (YJC) -People who are morbidly obese have a much higher probability of developing chronic obstructive pulmonary disease than people who smoked, according to a study.

This study, published Tuesday in the Journal of Obesity, used data from the Centers for Disease Control and Prevention's 2012 Behavioral Risk Factor Surveillance System.

"Surprisingly few studies have focused on never smoking COPD patients" co-author Senyo Agbeyaka, a recent graduate of the University of Toronto, said in a statement. "We wanted to address this gap in the literature by examining which factors are associated with COPD among never smokers aged 50 and older."

COPD is a group of lung disorders -- including chronic bronchitis, emphysema and refractory asthma -- that make it hard to breathe. While smoking is the highest risk factor for COPD, the study says, one-quarter of people with the condition have never smoked.

Today, the National Institutes of Health estimates 12 million have COPD but don't know it, making it tough to treat the condition. Each year, about 120,000 people die from COPD, although more women die from the disease than men.

"In addition to obesity, older age and lower income were associated with COPD among both men and women. Among women, but not men, height and education level were negatively associated with COPD, but being married was associated with higher odds of COPD," Lilia Fuller-Thomson, professor at the University of Toronto and study co-author.

More than 12 million people in the U.S. have been diagnosed COPD, the country's fourth leading cause of death, according to the NIH.

"These findings highlight the importance of health care professionals routinely screening their older obese patients for COPD, even when the patients have no history of smoking," Esme Fuller-Thomson, professor at the University of Toronto and study co-author, said in a statement.