New model could show which animal diseases can cause human epidemics

TEHRAN, November 24 -Researchers say they have developed a method to identify animal viruses that may pose a risk to humans. 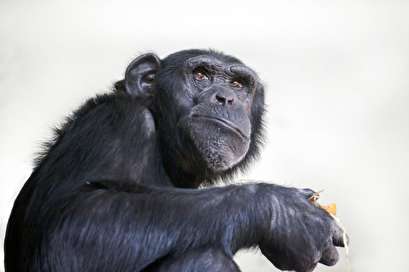 TEHRAN, Young Journalists Club (YJC) -Researchers say they have developed a method to identify animal viruses that may pose a risk to humans.

The study, published in the November issue of PLOS One, spotted several viruses known to pass from animal to human and that have the potential to spread between humans.

"When we get new pathogens that we look at as new human diseases, most of the time they come from pathogens that were previously circulating in animals," said John Drake, Distinguished Research Professor of Ecology and director of the Center for the Ecology of Infectious Diseases at the University of Georgia. "As ecologists, that makes us think that there must be something about the ways parasites and pathogens interact with their hosts or the environment that confers the propensity to this process."

The purpose of the study was to identify diseases that could cause potential human epidemics.

Drake and his team developed a model for identifying put together a list of the known communicable diseases among humans, then spotted the most common traits within that group. Many of the viruses were able infect nonhuman primates like monkeys and apes; lacked a lipids encasing envelope and appeared in the human liver, central nervous system or respiratory tract.

Then they examined viruses not known to spread to between humans and searched for presence of these same traits.

Those characteristics showed up in 84 percent of the viruses the team examined. They found 47 viruses -- including the Carnivore amdoparvovirus 1, Hendra virus, Cardiovirus A, Rosavirus A, HTLV-3, HTLV-4 and Simian Foamy virus -- that placed higher than the least likely virus not known for spread human to human.

The team cautioned that the study missed some human-to-human communicable diseases and suggested future research into the area to get a deeper understanding of human-to-human transmissibility.

"Public health workers could use our model as a tool to prioritize disease surveillance and inform their response to emerging pathogens," Barbara Han, researcher at the Cary Institute of Ecosystem Studies and co-author of the study, said in a press release. "Our data-driven framework was 84 percent accurate in identifying virus species with potential for human-to-human transmission."