TEHRAN, November 25 - Russia has criticized the US for applying a "weird logic" to justify its illegal presence in Syria by declaring that it wanted to defeat Daesh but it would be impossible as long as Iran was there. 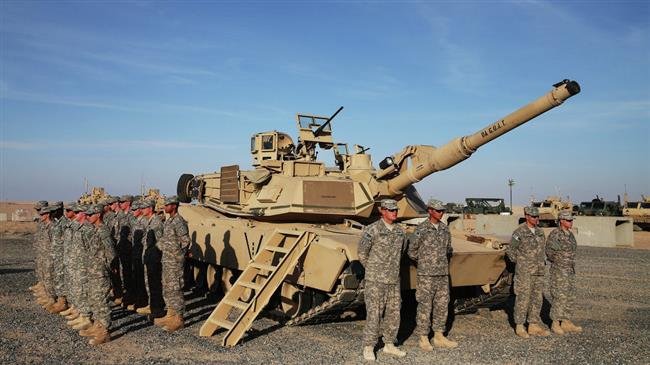 TEHRAN, Young Journalists Club (YJC) - "The Americans justify their presence in Syria by the need to fight ISIL (Daesh), and they say that it is impossible to defeat ISIL as long as Bashar al-Assad and Iran are there. It is a very weird logic, I would say, and I hope you don’t share it," Lavrov said.

"And I hope everybody is committed to the principle of the Syrian people themselves deciding the fate of their country through elections," Lavrov said.

The remarks came one week after James Jeffrey, Washington’s special representative to Syria, claimed that US presence in Syria was aimed at defeating Daesh and forcing the withdrawal of Iranian advisers from the country.

On Wednesday, Jeffrey told Russian media that American and Russian forces had clashed a dozen times in Syria — sometimes with exchanges of fire.

The top Russian diplomat also said Moscow did not want any "artificial deadlines" for the Syrian peace process.

"Those who insist on [UN Special Envoy for Syria] Staffan de Mistura setting a deadline, they want only one thing, to ruin the Astana process and come back to some regime change logic," he said.

Ankara, Moscow and Tehran are guarantors of the Astana process, a track of negotiations which have resulted in the return of a succession of militant bastions to the government hold and movement of civilians to safe zones.

Iran has been offering military advisory assistance to the Syrian army at the request of the Damascus government.

Russian jets have been targeting positions held by terror outfits inside Syria since September 2015. The airstrikes have helped Syrian forces advance against the militants, who have been wreaking havoc in the Arab country since 2011.

On Saturday, Syrian army commanders appreciated the significance of the recent liberation of the Tulul al-Safa hilly region, the last Daesh holdout in the country's south.

"This is the crater of a dormant volcano with very steep hills, caves and holes that act as natural fortifications for the terrorists. This means that even using simple weapons, like snipers and machine guns, they managed to pose a major threat. So we had to use new tactics," said a general identified as Akram.

Another commander known as Bashar noted that militants based in Tulul al-Safa had been using US-made equipment in their fight against Syrian army forces.

"In the battle here we saw that terrorists had access to a wide variety of ammunition and calibers; and they also had more sophisticated equipment like night-vision goggles that slowed us down, in addition to US-made sniper scopes," he said.