TEHRAN, November 25 - Large-scale "yellow vests" rallies over the rise in fuel prices sparked in France on November 17. According to the French Interior Ministry, more than 106,000 people were participating in the Saturday protests across the country. 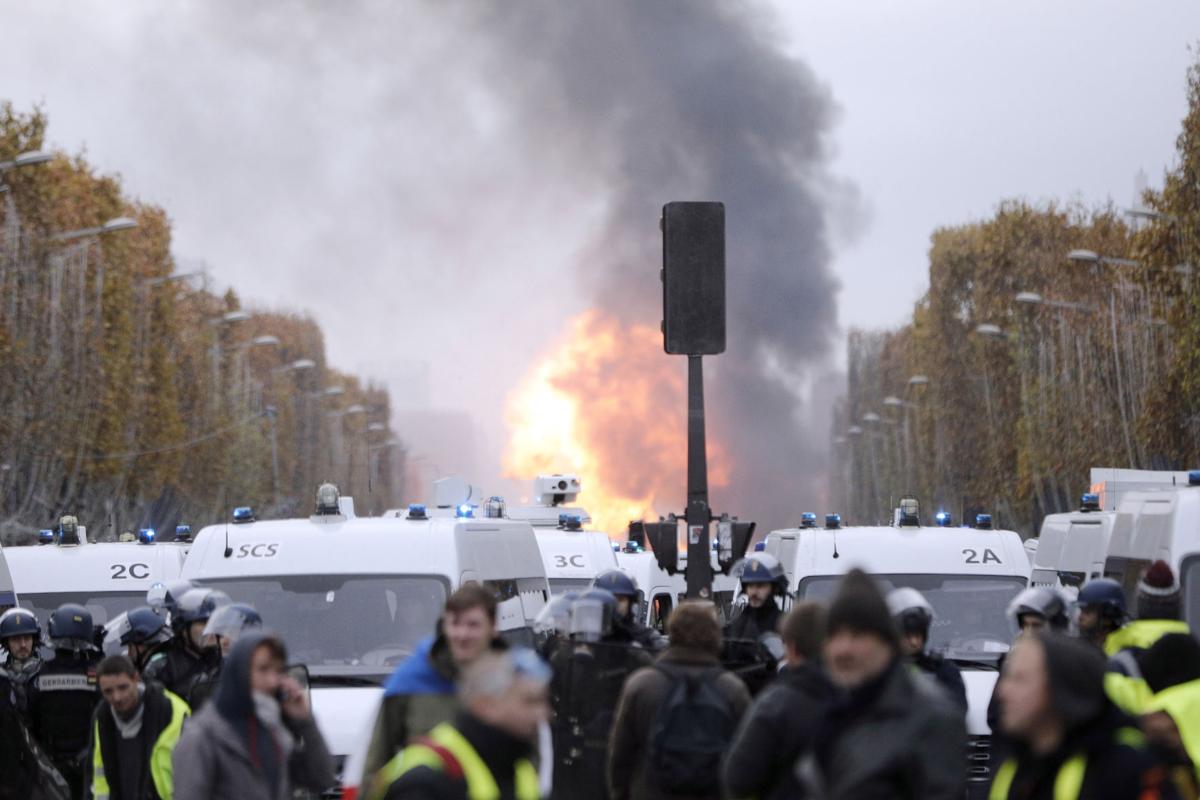 TEHRAN, Young Journalists Club (YJC) - According to the BFMTV broadcaster, at least eight people were injured during the violent clashes with police in Paris on Saturday. French President Emmanuel Macron condemned the violence of the "yellow vests" actions.

Last week, mass protests, dubbed "yellow vests" after the obligatory attribute of French drivers — a yellow light-reflective vest — sparked in Paris and then escalated into large-scale protests across the country and its overseas territories. The mass actions, which were supposed to be a one-day event staged by the drivers against fuel prices rise, saw some 400 people injured during the first day alone. The demonstrations continued through the week, turning violent on the island of Reunion, France's overseas department, where about 30 security officers have been injured and 109 activists have been arrested in the five days of manifestations.

In late 2017, the French government approved the decision to raise direct tax on diesel fuel, which is the most popular type of fuel in the country. The diesel prices in France have risen by around 23 percent since the beginning of the year, while the gasoline prices have gone up by 15 percent. Prices are set to increase further in January.