Leader meets with participants at intl. conference on Islamic unity

TEHRAN, November 25 -Leader of the Islamic Revolution Ayatollah Seyyed Ali Khamenei says a "resistance movement" based on Islam is building up across the world, which is unsettling world powers, especially the US. 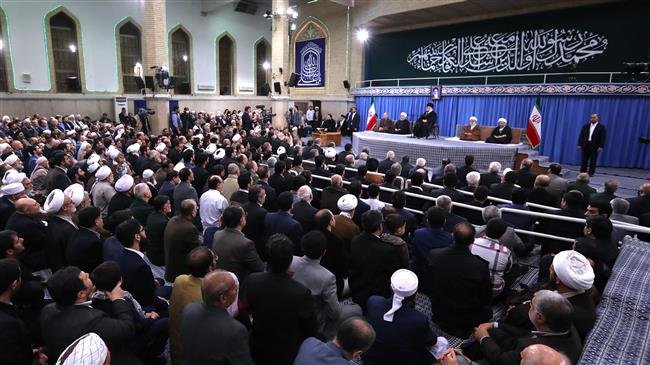 TEHRAN, Young Journalists Club (YJC) - Ayatollah Khamenei also said Sunday the US and other powers have become "sensitive" to the Middle East because of Islam's rise and a wave of Islamic Awakening in the region.

He made the remarks in an address to a group of state officials and ambassadors of Muslim countries as well as participants at the 32nd International Islamic Unity Conference in Tehran.