TEHRAN, November 26 -Iran's nuclear chief has criticized the US administration's efforts to prevent the implementation of a multilateral nuclear agreement through exerting pressure on other countries to make them pursue Washington's policies vis-a-vis the deal. 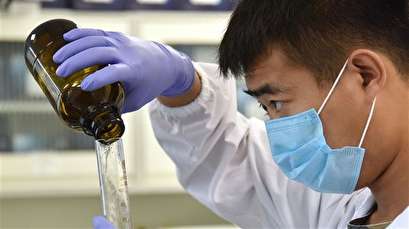 EHRAN, Young Journalists Club (YJC)_"This unconstructive US approach shows that this country, as a permanent member of the [United Nations] Security Council, is not committed to its international obligations," Head of the Atomic Energy Organization of Iran (AEOI) Ali Akbar Salehi said in an address to the third seminar on peaceful nuclear cooperation in the Belgian capital, Brussels, on Monday.

The European Union hosted the AEOI chief at the seminar aimed at showing the bloc's continuing support for the deal, officially known as the Joint Comprehensive Plan of Action (JCPOA), after the United States pulled out from it and reinstated sanctions against Iran.

US President Donald Trump withdrew his country in May from the Iran nuclear deal, reached between Iran and six major powers -- the United States, Britain, France, Germany, Russia and China -- and decided to re-impose unilateral sanctions against Tehran.

Under the deal, Tehran agreed to put limits on its nuclear program in exchange for the removal of nuclear-related sanctions.

Elsewhere in his address, Salehi underscored the irony that a permanent member of the Security Council criticizes the outcome of an international agreement, which has been endorsed by the same UN Council's Resolution 2231, and is violating its commitments about global peace and security.

He once again reaffirmed Iran's commitment to continue and boost constructive interaction with the EU in the field of international nuclear cooperation, saying that this would be beneficial to Tehran and the 28-nation bloc as well as the entire international community.

The Iranian nuclear chief also stressed the importance of adopting measures to allay regional and international concerns over peace and security in the world, particularly at the current insecure and chaotic situation that principles of multilateralism are being violated.

Salehi then pointed to his meeting with Europe's Climate and Energy Commissioner Miguel Arias Canete in Brussels in 2016 and said the two sides agreed to protect the JCPOA achievements on nuclear cooperation.

Despite the US withdrawal from the landmark nuclear deal, Iran has not left the JCPOA yet, but stressed that the remaining signatories to the agreement have to work to offset the negative impacts of the US pullout for Iran if they wanted Tehran to remain in it.

Lack of EU action on JCPOA will lead to ominous consequences

Speaking to reporters on the sidelines of the seminar, the Iranian nuclear chief warned the European Union of "ominous" outcomes if it did not follow through with action to keep the economic benefits of the JCPOA alive.

"If words are not turned into deeds, then ... it is very ominous, the situation would be unpredictable," Salehi said.

Iran's nuclear chief, however, said he believed that the 28-nation bloc was "doing its best" and was on its way to delivering on its promises.

Europe has been taking a range of measures to meet the Iranian demand for practical guarantees.

Iran and the European side have been discussing ways to conduct non-dollar trade in order to offset the US sanctions.

On September 24, Iran and its five partners released a joint statementannouncing the setting up of a Special Purpose Vehicle (SPV) to facilitate continued trade with Iran, bypass the US financial system, and avoid any impact of America's secondary sanctions.

A senior Iranian diplomat said on Wednesday that there have been constructive meetings with the Europeans on the Special Purpose Vehicle to maintain business despite US sanctions.

In a post on his official twitter account, Iranian Deputy Foreign Minister for Political Affairs Abbas Araqchi said new initiatives were being designed for the SPV, adding that expert talks in this regard were underway between Iran and the European side.

No doubt to operationalize SPV: Canete

The Europe's climate and energy commissioner also said on Monday that there is no doubt about Europeans' resolve to operationalize SPV.

"Nobody should have any doubt on the level of political ambition and determination by the member states involved, in particular France, Germany and the United Kingdom, to swiftly operationalize the SPV," Canete said at a joint news briefing.

He added, "This is a hugely complex and unique undertaking, technical work has been advancing over the last days and weeks."