TEHRAN, November 27 - Australian Prime Minister Scott Morrison says his government will deliver its annual budget early as it prepares for an election due by May, but suffered an immediate setback when one of his MPs said she was quitting his party. 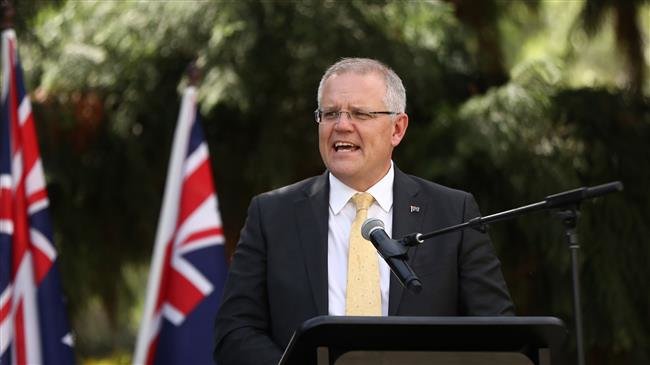 TEHRAN, Young Journalists Club (YJC) - On Tuesday, Morrison said his conservative Liberal-National coalition government would deliver Australia’s first budget surplus since 2007/2008. The budget, for the financial year beginning July 1, will be delivered on April 2, about a month earlier than usual.

His government must call an election by May, and opinion polls suggest the coalition is on course for a heavy defeat by the center-left Labor opposition.

“It will be a surplus budget. It will be a budget which is the product of the years of hard work of our government,” Morrison told reporters in Canberra.

The promise of a healthy budget comes as Morrison seeks to repair his government’s standing with voters, who were angered by a party-room revolt in August that ousted former Prime Minister Malcolm Turnbull.

The toppling of Turnbull pushed the government into minority when it lost the former prime minister’s seat, normally a Liberal stronghold, in a by-election this month.

That minority status came into effect on Monday, a disadvantage that immediately forced Morrison’s government into an embarrassing climb-down when it sided with Labor over setting up an anti-corruption body because it did not have the numbers to oppose the move.

Already relying on the support of independent lawmakers to progress his legislative agenda, Morrison suffered another major blow on Tuesday when backbench MP Julia Banks said she was quitting the Liberal party immediately to sit as an independent.

The Liberals are the senior partner in the governing coalition.

Banks said she was quitting the party over disunity, its treatment of women and its policies on energy and climate change. She referred to Turnbull’s toppling as “the dark days of August” and said the party was riven by personal ambition.

“The Liberal Party has changed largely due to the actions of the reactionary and aggressive right-wing who talk about and talk to themselves rather than listening to the people,” Banks told parliament.

However, Banks said she would support the government on matters of confidence and supply until the election.

While promising not to bring down the government, Banks could vote with Labor on issues such as a likely move to refer Home Affairs Minister Peter Dutton to the High Court for a ruling on whether Dutton is eligible to remain in parliament.

Dutton, who has financial interests in daycare centers that receive government funding, risks falling foul of Australia’s constitution, which bans lawmakers from benefiting from state funds. He was also a prime mover behind Turnbull’s ousting.

The government’s most senior legal adviser said earlier this year Dutton was eligible, although Labor is pressing independents to support a court referral.