TEHRAN, November 27 - The British government has furiously reacted to remarks by US President Donald Trump about a European Union withdrawal agreement, saying it was wrong to say that London will not be able to reach its own trade arrangement with Washington under the deal reached between Britain and the EU last week. 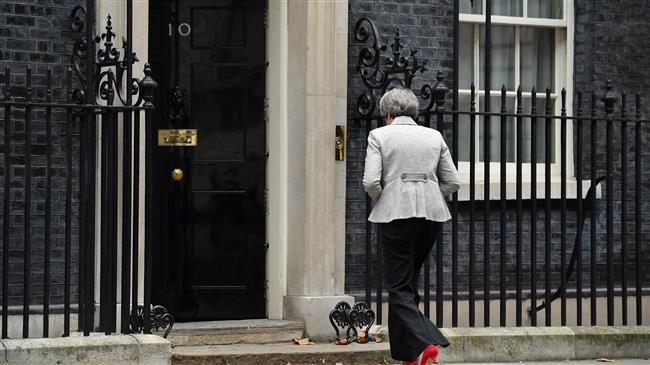 TEHRAN, Young Journalists Club (YJC) -“We have already been laying the groundwork for an ambitious agreement with the US through our joint working groups, which have met five times so far,” a UK government spokesperson said Tuesday.

Downing Street also suggested Trump's comments were contradicted by the behavior of the US administration, which many say has become more unilateralist over the past two years.

Cabinet Office minister David Lidington also said bluntly that Trump was “wrong” in his way of looking to the Brexit deal.

In remarks late on Monday, Trump slammed the Brexit deal and said it would benefit the EU while damaging the UK’s ability to trade with the US.

“Sounds like a great deal for the EU” he said at the White House, before adding “we have to take a look at seriously whether or not the UK is allowed to trade. You know, right now, if you look at the deal, they may not be able to trade with us, and that wouldn't be a good thing."

The remarks encouraged some senior lawmakers from May’s Conservative Party and other Eurosceptics to seize on the extraordinary intervention from the White House with glee. Jacob Rees-Mogg, a leading Brexit advocate said Trump was stating an “obvious” fact. Others said Trump’s expression of concern about the Brexit deal could not be “brushed off” and May must reopen negotiations with Brussels.

The comments came after May fought off criticism of her Brexit deal from lawmakers on all sides of the House of Commons on Monday, insisting the agreement would allow the UK to regain control of laws, money and borders.

She has challenged opposition Labour Party leader Jeremy Corbyn to a high-stakes TV debate on Brexit in a bid to turn the tide, and will try to get back on to the front foot today by visiting Wales and Northern Ireland to win public support.

However, defeat is looking near-inevitable in the looming Commons vote on the withdrawal agreement, now confirmed as happening on December 11.