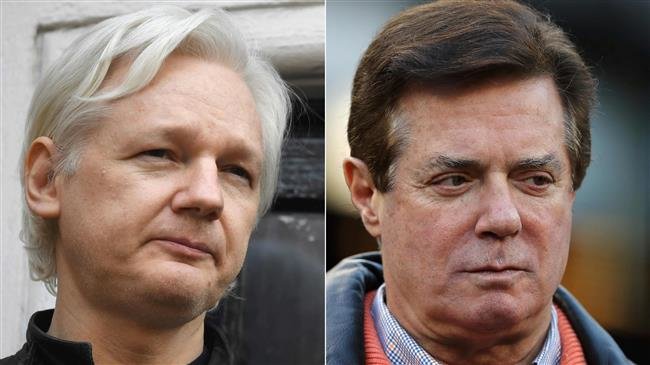 TEHRAN, Young Journalists Club (YJC) - The report published by the Guardian newspaper on Tuesday said Manafort had met with Assange at least three times before the US presidential election.

Citing a “well-placed source,” the British paper said the meetings took place during a period as early as 2013 and as late as spring of 2016.

There was no detail on what might have been discussed.

Months after Manafort’s alleged meetings with the WikiLeaks founder, the whistleblowing website released a stash of emails, as the paper claims, stolen from the Democratic National Committee by Russian intelligence officers.

The Trump campaign later seized on the emails to undermine his Democratic rival, Hillary Clinton.

Assange, WikiLeaks and Manafort have all denied that such meetings were ever held.

“We are considering all legal options against the Guardian who proceeded with this story even after being notified by my representatives that it was false,” he added.

Assange described the story as a hoax and his attorney Jennifer Robinson told CNN that "no such meetings took place," and "we have had no contact with the Mueller investigation.”

WikiLeaks said on Twitter that it was "willing to bet the Guardian a million dollars and its editor's head that Manafort never met Assange.”

Remember this day when the Guardian permitted a serial fabricator to totally destroy the paper's reputation. @WikiLeaks is willing to bet the Guardian a million dollars and its editor's head that Manafort never met Assange. https://t.co/R2Qn6rLQjn

Manafort is currently serving time in a Virginia jail after being convicted of bank and tax fraud in a separate case from the one US Special counsel Robert Mueller is investigating.

Mueller has made contacts between Assange and people connected to Trump's 2016 campaign a focus of his investigation into the alleged Russian election meddling.

Mueller has already indicted several Trump associates and more than a dozen Russians accused of meddling in the 2016 presidential campaign. 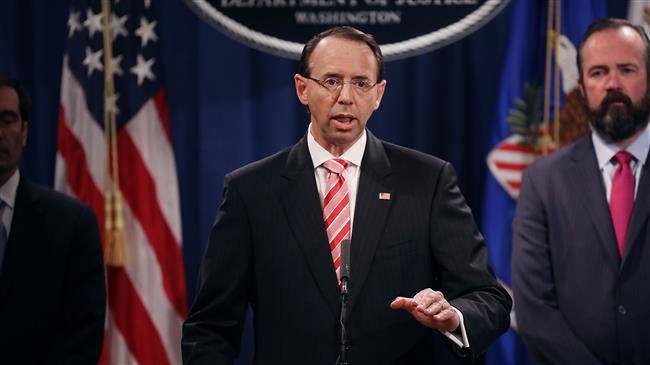 US intelligence agencies claim Russia-linked hackers provided WikiLeaks with damaging information -- in the form of thousands of hacked emails -- about former Democratic presidential candidate Hillary Clinton to skew the 2016 presidential election in favor of Trump.

Trump has repeatedly denied allegations that his campaign colluded with the Russians and has labeled Mueller’s investigation as a “witch hunt.” Russian President Vladimir Putin has also denied the allegations.