TEHRAN, November 28 -Turkish President Recep Tayyip Erdogan has called for a wider use of national currencies in mutual trade with other countries as a necessary step to move away from the dollar and accordingly dodge US pressures. 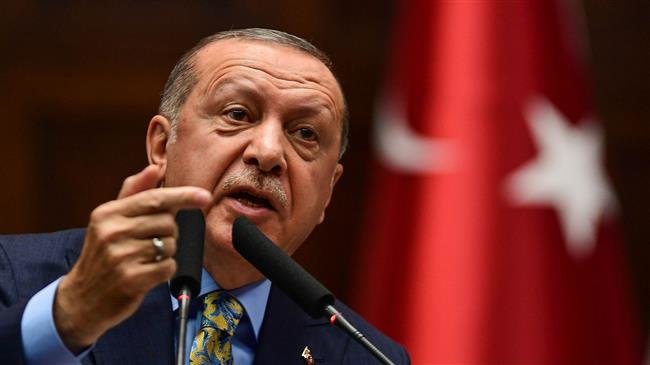 TEHRAN, Young Journalists Club (YJC) -Erdogan emphasized that trading in national currencies would provide what he described as “a defense mechanism” against lopsided trade terms imposed by Washington.

“We have to solve our problems ourselves. The use of the own currency in mutual payments is crucially important,” he told a gathering of the Economic and Trade Cooperation Committee of the Organization of Islamic Cooperation.

“There is no other way but to make use of our own national currencies. Otherwise, we will continue to be under pressure from currency rates.”

According to him, as soon as the US increased customs duties, “the whole world started to search for some defense mechanisms”.

It is not the first time Erdogan has urged to stand up against the US dollar. Back in September, he pointed out that the dependence of members of the Cooperation Council of Turkic-Speaking States (CCTS) on the dollar hampers their economic development.

"I believe that intensifying trade [by clinching transactions] in [CCTS members'] national currencies is a necessary condition for their development," Erdogan stressed, referring to the "tough times" these countries are currently going through.

He previously urged Ankara "to gradually end the monopoly of the dollar once and for all by using local and national currency among us."

In late March, Washington imposed 25 percent tariffs on steel imports and 10 percent on aluminum imports, initially exempting an array of countries from the new regulation. However, since early June, the decision has been in effect with regard to all the states, including the European Union, Mexico and Canada.