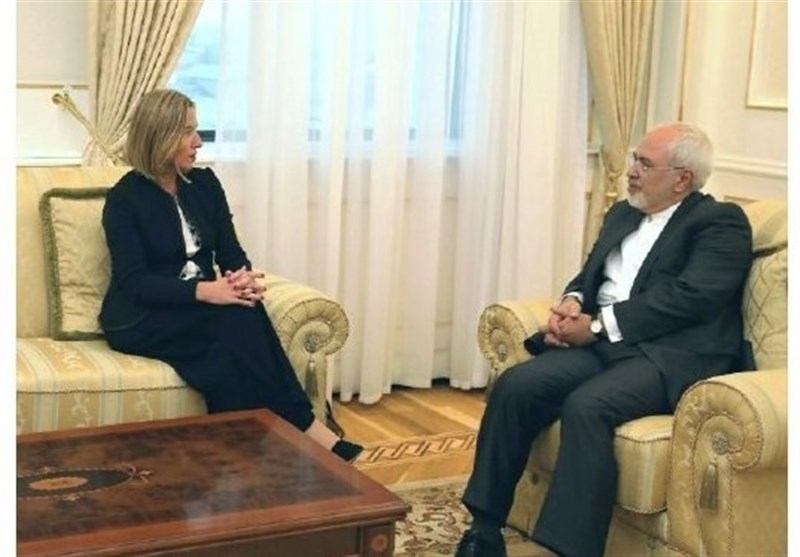 TEHRAN, Young Journalists Club (YJC) - Zarif met with foreign officials in Switzerland on Wednesday, on the sidelines of the Geneva Conference on Afghanistan.

In one of the meetings, Zarif and EU Foreign Policy Chief Federica Mogherini discussed the latest developments in the relations between Iran and the European Union, the Joint Comprehensive Plan of Action (JCPOA), and regional issues.

In another gathering, the Iranian foreign minister and his German counterpart Heiko Maas talked about Tehran-Berlin bilateral ties, regional developments, and other issues of mutual interest.

They also took stock of Europe’s efforts to facilitate trade with Iran in defiance of the US sanctions.

They discussed regional issues, Sweden’s efforts to resolve the crisis in Yemen, Tehran-Stockholm cooperation on multilateral international issues, as well as the significance of conducting human rights negotiations instead of adopting selective measures in international organizations.

Organized by the UN and the government of Afghanistan, the Geneva Conference kicked off on Tuesday with high-ranking officials from over 60 countries as well as many representatives from international bodies in attendance.