TEHRAN, Jan 1 - Spanish police have discovered two African migrants who were trying to enter the enclave of Melilla hidden inside a pair of mattresses. 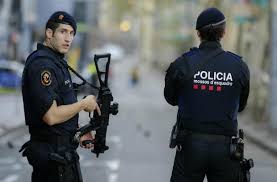 TEHRAN, Young Journalists Club (YJC) - A video shot by a mobile phone has gone viral. It shows agents of Spain's Civil Guard taking two mattresses off the top of a van and cutting them open to reveal two young men inside.

The Civil Guard tells The Associated Press that the incident occurred on Sunday at a border crossing from Morocco to Melilla, one of two Spanish cities on the north African coast.

The two migrants, of sub-Saharan origin, told the police that they each paid 4,500 euros ($5,100) to attempt the crossing.

The Civil Guard says the driver of the van fled when the agents asked to inspect his cargo.