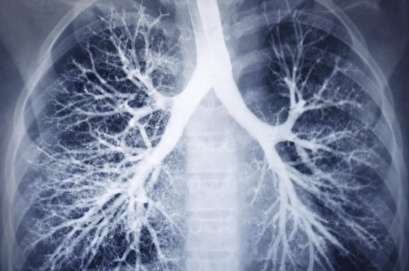 Researchers at the University of Colorado Cancer Center studied 110 patients, 83 percent of whom never smoked but all tested positive for the gene ALK (ALK+ NSCLC). Between 2009 and 2017, about 50 percent of those patients lived past 6.8 years, which exceeds past life expectancy data for people with the disease.

Patients diagnosed with non-small cell lung cancer, or NSCLC, between 1994 and 2001 had 15 percent chance of living past five years.

"What this shows is that with the development of good targeted therapies for ALK-positive lung cancer, even patients with stage IV disease can do well for many, many years," said Jose Pacheco, an investigator at CU Cancer Center and the study's first author.

To reach this result, the researchers gave patients drug crizotinib, whose availability was only clinical trials in academic settings.

"Many studies have reported shorter overall survival for patients with stage IV ALK+ NSCLC treated with crizotinib. These studies had lower survival outcomes in large part because of a lower percentage of patients receiving next-gen ALK inhibitors after progressing on crizotinib. Patients here were getting next-gen ALK inhibitors in phase 1 and 2 clinical trials before many other centers had access to them," Pacheco said.

Annually, more than one million people die deaths worldwide from lung and bronchus cancer, making it the leading cause of cancer mortality.

"At this point, 6.8 years one of longest median survivals ever reported for a NSCLC subpopulation with stage IV disease," Pacheco said. "It shows the benefit of targeted therapy and how it's changing survival for a lot of patients. And I think it suggests that for some types of NSCLC, it may become much more of a chronic condition rather than a terminal disease."

The study's findings were published Saturday in Journal of Thoracic Oncology