TEHRAN, Jan 2 - Taiwan's leader has rejected the Chinese president's call for unification under a "one country, two systems" approach. 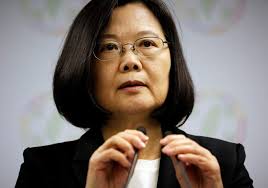 TEHRAN, Young Journalists Club (YJC) - President Tsai Ing-wen said Tuesday that China must face the fact of the existence of the Republic of Taiwan.

She made the statement to news media hours after Chinese President Xi Jinping said in a policy speech on Taiwan that no one can stop the trend toward unification.

One country, two systems refers to a framework similar to Hong Kong in which the territory became part of China but retained a degree of autonomy.

Taiwan and China split in a civil war that brought the Communist Party to power in China in 1949. The rival Nationalists set up their own government on Taiwan, an island 160 kilometers (100 miles) off the Chinese mainland.