TEHRAN, Jan 2 - The Russian military is slated to expand its arsenal of Iskander-M nuclear-capable missiles in 2019, one of the nearly 200 new weapons that Moscow continues to develop under its new state armament program. 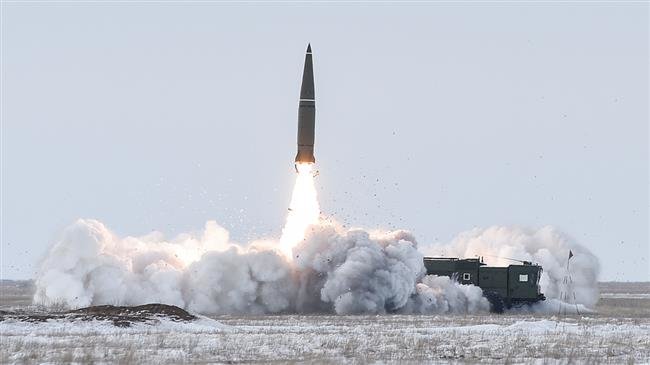 TEHRAN, Young Journalists Club (YJC) - "In 2019, the process of reequipping the missile troops of the Russian Ground Forces with the Iskander-M missile systems will be completed. In accordance with the state defense order, the manufacturer will hand a unit of the Iskander-M systems over to the Western Military District," the Russian Defense Ministry said in a statement on Tuesday.

The Iskander-M missiles are designed to perform special maneuvers at extreme speeds and release decoys to bypass all existing missile defense systems, according to the Russian defense ministry.

Russia has already deployed Iskander-M missile batteries in its Western Military District as a response to the NATO military alliance's US-led buildup in the Baltic States -- Lithuania, Estonia and Latvia.

Besides the cutting-edge missiles, Russia is preparing to test about 200 new types of weapons at the Kapustin Yar range in the southern Astrakhan Region.

According to the ministry, Russia has been steadily increasing the number of weapons tests at the site over the past two years.

"As steps are being taken to implement the state rearmament program, the range of tested data-x-items will expand in the two years to come," the Russian defense ministry said.

"Among participants in the drills were around 5,000 servicemen, around 1,500 units of military equipment, including aircraft from the 4th Army of the Russian Air Force, ships from the Black Sea Fleet and Caspian Flotilla," said a press release by the Russian defense ministry.

The Russian military forces' ability to respond to radiation, chemical and biological attacks were also evaluated.

Share to
Related News
US man accused of espionage in Russia Was dismissed by marines for theft
Spain to see exploitation end in all coal mines
Oil falls in first day of 2019 trading as supply surges, economy slows
Tags
russia ، people ، us
Your Comment