TEHRAN, Jan 4 - Spain's ruling Socialists would lead the vote if general elections were held today but they would be far from having a majority, while the far-right Vox would see its support rise slightly, an opinion poll showed on Friday. 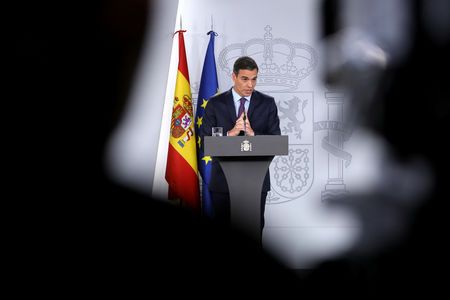 TEHRAN, Young Journalists Club (YJC) - The official poll by the Center for Sociological Studies (CIS) showed that it would likely be hard for any party, or group of parties, to pull together a coalition that would have a majority of seats.

The CIS poll forecast that Prime Minister Pedro Sanchez' Socialists would win 28.9 percent of the votes.

The far-right Vox would get 3.7 percent, up from 2.5 percent in the latest CIS poll, carried out in November. That is well below the 13 percent of the votes forecast by Sigma Dos pollsters for El Mundo in an opinion poll earlier this week.

General elections are not scheduled before 2020, but the ruling Socialists only hold a minority of seats in parliament and speculation has been rife in Spain over the possibility that early elections could be held this year.

CIS describes itself as an independent administrative body. Its surveys are considered in Spain as official opinion polls.