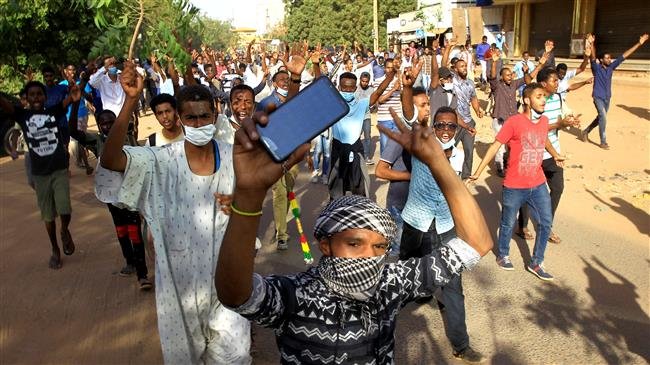 Security forces had deployed earlier in the day across key squares in both Khartoum and Omdurman to deter any new protests.

Amnesty International said late in December that Sudan's security forces had shot dead at least 37 protesters during the demonstrations. However, the information ministry said at least 19 people had died, including two military personnel.

As part of an ongoing crackdown to prevent the spread of demonstrations, Sudanese security forces have arrested prominent journalist and columnist Faisal Mohamed Salih. He was detained when he was at his office in Khartoum on Thursday, his relatives told AFP.

Sudan has been gripped by mass protests triggered by rising prices and shortages of food and fuel for more than two weeks. The public display of anger later escalated into calls for President Omar al-Bashir to go.

The country is mired in economic woes, including an acute foreign currency shortage and soaring inflation, which is running at close to 70 percent.

Authorities have declared curfews and states of emergency in several states. Residents say police have used live ammunition in some cases to disperse the protesters.