TEHRAN, Jan 8 - North Korean leader Kim Jong Un is visiting China at the invitation of Chinese President Xi Jinping, only days after warning he may take an alternative path if the United States does not ease sanctions and pressure on his country. 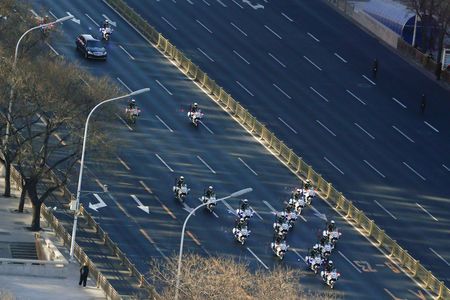 TEHRAN, Young Journalists Club (YJC) - The visit, confirmed by North Korean and Chinese state media, will likely lead to Kim's fourth summit with Xi in the past year and comes amid plans for a second summit with U.S. President Donald Trump aimed at denuclearizing the Korean peninsula.

Kim held three summits last year with Xi, his most important ally, before and after summits with Trump and South Korean President Moon Jae-in. "Kim is eager to remind the Trump administration that he does have diplomatic and economic options besides what Washington and Seoul can offer," Harry J. Kazianis, Director of Defence Studies at U.S.-based Centre for the National Interest said in an e-mailed statement.

"In fact, during his New Year's Day speech, Kim's 'new way' that he referred to may well have been a veiled threat to move closer to Beijing. That should make America quite concerned."

A green train with a yellow stripe similar to one Kim took to Beijing last year arrived at a station in the Chinese capital on Tuesday morning amid tight security, though it was not clear if Kim and his party were on board. A motorcade with heavy security later drove through central Beijing.