US sanctions on Iran not to last long: VP

TEHRAN, Jan 8 - Iranian First Vice-President Eshaq Jahangiri highlighted the ineffectiveness of the US sanctions against the Islamic Republic and said they will not last long. 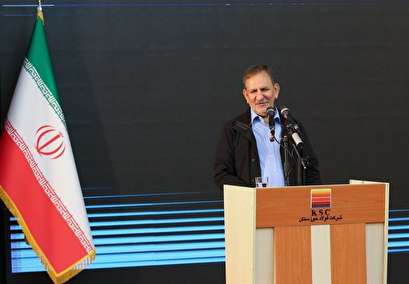 TEHRAN, Young Journalists Club (YJC) - The era of the American sanctions will not be lengthy because they are irrational and have no backing, Jahangiri said in a speech on Tuesday.

US officials have focused their efforts on the Iranian people’s livelihood so that they face financial hardship, which would lead to the country’s internal collapse, he said.

“Ultimately, they are after the collapse of Iran's economy or the Establishment,” he said, adding, “However, we are the ones who can shorten the time of these hardships.”

Trump on August 6 signed an executive order re-imposing many sanctions on Iran, three months after pulling out of the Iran nuclear deal known as the Joint Comprehensive Plan of Action (JCPOA).

Share to
Related News
Emergency declaration in US for Trump’s border wall still on table: White House
It’s shame that Trump puts up with his insubordinate staff: Ron Paul
Tags
US sanctions ، VP ، Iran
Your Comment