TEHRAN, Jan 8 - UK military experts are to begin an operation to demolish the house of a former Russian spy who were poisoned last year along his daughter in the southern English town of Salisbury. 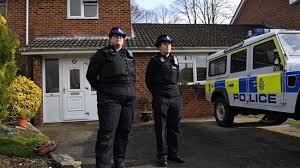 TEHRAN, Young Journalists Club (YJC) - Wiltshire Council said on Tuesday that the operation to clean up the house belonging to Sergei Skripal and his daughter Yulia will result in about four months of disruptions for neighbors.

Council’s director of public of health, Tracy Daszkiewicz, said the house and garage will be covered with a “sealed frame” by contractors before a military team dismantles and removes the roofs.

“When that work is completed, contractors will move on site to build a replacement roof for the house and adjoining garage,” said Daszkiewicz, adding that everything will be wrapped and sealed before being removed from the site.

The operation come nearly a year after the Skripals were found unconscious outside a restaurant in Salisbury in what British government later described as a deliberate murder attempt against the former Russian spy and his daughter.

Experts believed the two, along a police officer who later searched their house, came into contact with the poison, believed to be a soviet-era military-grade substance called Novichok, when it was sprayed on the door handle of their property.

A woman was killed and his partner were contaminated months later after touching a perfume bottle in a rubbish bin in another part of the city. Officials said the bottle had been used to transport Novichok to UK from Russia by two Russian military intelligence officers.

Russia has denied allegations it had ordered the poisoning of Skripals, with some authorities saying the entire story was a fabrication by British intelligence agencies to prevent a normalization of ties between Moscow and the West.