TEHRAN, Jan 10-A Palestinian fishing boat has caught fire after Israeli naval forces repeatedly opened fire on a group of vessels off the northern coast of the blockaded Gaza Strip. 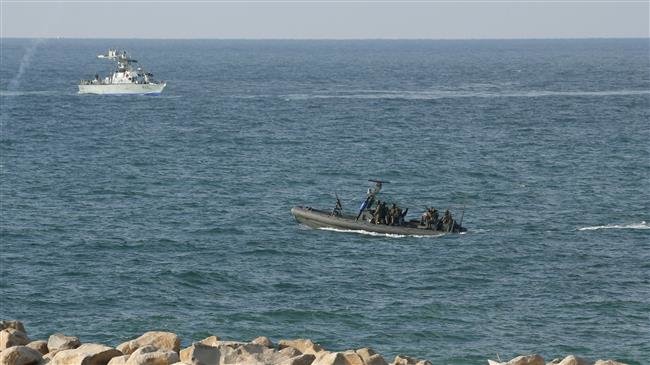 TEHRAN, Young Journalists Club (YJC) -Palestinian media on Thursday reported that the Israeli navy fired on Gaza fishing boats off the shores of the besieged Palestinian enclave, causing one of them to catch fire.

Head of the Fishermen Committees in the Union of Agricultural Work Committees, Zakaria Bakr, told Palestinian Ma'an news agency that the Israeli raid took place as Palestinian boats were located three nautical miles off the northern coast of Gaza.

Sources said at least two fishermen aboard the boat, which was set on fire, were detained by the Tel Aviv regime's forces. The Israeli naval vessels then towed some Palestinian boats to the Port of Ashdod in southern Israel.

Israel imposed a limit of three nautical miles on fishing in the waters off the Gaza until August 2014, when Palestinian fishermen were allowed to go out six miles under a ceasefire agreement reached between Israel and Palestinians following a deadly 50-day Israeli war.

The fishing zone were supposed to extend to 20 nautical miles under the Oslo Accords, which were signed between the Israeli regime and the Palestine Liberation Organization (PLO) during the early-mid 1990s to resolve the Israeli-Palestinian conflict.

Tensions have been running high near the Gaza border fence separating the enclave from the occupied territories ever since anti-occupation protest rallies began in the Gaza Strip on March 30. More than 240 Palestinians have been killed by Israeli forces and over 23,000 have sustained injuries.

The Gaza clashes reached their peak on May 14, 2018 on the eve of the 70th anniversary of Nakba Day (Day of Catastrophe), which coincided with the US embassy relocation from Tel Aviv to occupied East Jerusalem al-Quds.