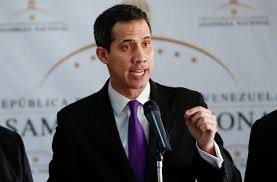 TEHRAN, Young Journalists Club (YJC) - Maduro, who started a second term as president this week, has found himself increasingly isolated as countries around the world have called his continued leadership illegitimate.

Juan Guaido, the head of Venezuela's opposition-led Congress, said this week he was prepared to assume the country’s presidency on an interim basis and call elections.