TEHRAN, Jan 14 - The Greek parliament will open a confidence debate in the government on Tuesday, a parliamentary official said, with the vote expected on Wednesday night. 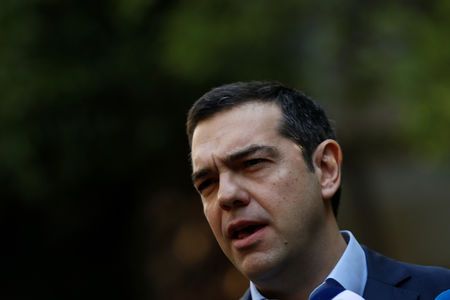 Tsipras's Syriza party has 145 seats in the 300-seat parliament and the support of one independent lawmaker.

On Monday, Tourism Minister Elena Kountoura and another lawmaker from the Independent Greeks party said they would support Tsipras during the vote. Kammenos expelled both of them from his parliamentary group.

Even if Tsipras prevails in the confidence vote, political uncertainty will increase as the government will have to rely on the backing of lawmakers outside his leftist Syriza party to push through legislative initiatives.

Tsipras hopes to bring the Macedonia name deal to parliament after the confidence vote, if he wins it, and to complete planned reforms before the next election. His current mandate ends in October.