TEHRAN, Jan 14 - A Brazilian police officer died and three others were hospitalized Monday after their helicopter crashed in Rio de Janeiro's Guanabara Bay. 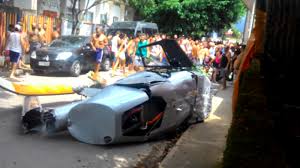 TEHRAN, Young Journalists Club (YJC) - Police officials said that Sgt. Felipe Marques de Queiroz, 37, had not survived the accident, but that the three other crew members were out of danger.

The men were patrolling in a Fenix 08 helicopter along a major thoroughfare when they had to conduct an emergency landing around 10 a.m. local time, a police statement said.

The cause of the crash remained unknown.

Images on the Globo television station showed firefighters bringing crew members out of the water and working to resuscitate one of them.

In recent years, police helicopters have sometimes been shot down by criminal gangs during police operations in Rio de Janeiro.