TEHRAN, Jan 15 -Two of every five common diseases are at least partially influenced by a person's genetics, the largest U.S. study of twins ever conducted finds. 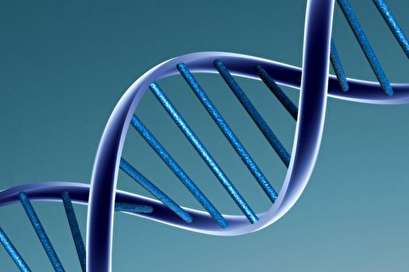 TEHRAN, Young Journalists Club (YJC) -Two of every five common diseases are at least partially influenced by a person's genetics, the largest U.S. study of twins ever conducted finds.

Nearly 40 percent of 560 different diseases have a genetic component, while 25 percent are driven by environmental factors shared by twins who are growing up in the same household, the researchers reported.

Brain disorders were most strongly influenced by genetics, the investigators found, with four of five cognitive diseases having a genetic component.

On the other hand, eye diseases and respiratory disorders were most likely to be influenced by the environment in which twins were raised, the results showed.

This report could serve as a roadmap for people interested in studying the causes of any of the 560 diseases considered by the investigators, said lead researcher Chirag Lakhani, a postdoctoral research fellow at Harvard Medical School.

It can be costly and time-consuming to perform studies that feature a full genetic analysis ("genotype") of participants, Lakhani said. Scientists might skip this step for diseases that are clearly not influenced by genetics.

"Maybe this disease isn't worth our investment to genotype if you see within a twin study the genetic role is low," Lakhani said. "Maybe it's not worth looking into for a specific population."

For this study, Lakhani and his colleagues used an insurance claims database from Aetna that included nearly 45 million patient records.

The researchers identified more than 56,000 twins and more than 724,000 pairs of siblings. All patients had been part of the insurance database for at least three years, and the twin pairs ranged in age from newborns to 24 years old.

The team tracked the health of the siblings using insurance records, focusing on a set of 560 diseases that are not rare and affect both men and women, Lakhani said.

Twin studies are valuable because identical twins share 100 percent of their genetics, while fraternal twins and siblings share about half their genetics, on average, said senior researcher Chirag Patel, an assistant professor of biomedical informatics at Harvard Medical School.

Diseases that tend to strike identical twin pairs at a higher rate than fraternal twins or siblings are probably influenced by genetics, Lakhani said. Diseases that happen in sibling pairs, regardless of whether they are twins, tend to be strongly influenced by environmental factors.

Genetics played at least some role in about 40 percent of the diseases investigated, the researchers determined.

The researchers also used ZIP codes in the database to estimate the influence of environmental factors, like socioeconomic status, climate conditions and air quality on disease in the siblings.

Severe obesity was the health problem most strongly related to socioeconomic status, raising an important question of how important a person's lifestyle is compared with their genetics when it comes to carrying excess weight, the study authors said.

The analysis left a great deal of disease not explained by either genetics or environment, which Patel found "slightly surprising."

There are two possible explanations for these unaccountable diseases, Patel said.

One is that a twin might have had a different environmental exposure than the other that could not have been captured by the insurance database -- for example, one twin followed a special diet or was exposed to some toxin.

"The other explanation could be sheer randomness," Patel said.

The findings were published Jan. 14 in the journal Nature Genetics.

One factor this study couldn't take into account was epigenetics -- the ability of environment to influence how genes express themselves, said Dr. Andrew Feinberg, director of the Center for Epigenetics at Johns Hopkins University in Baltimore.

"That means there is a lot of hidden environmental contribution to disease that people miss," Feinberg said.

The study also focused on children and young adults, which means that genetic factors are more likely to crop up in more diseases since they haven't lived long enough to see cumulative effects from long-term environmental exposures, added Dr. David Flannery, director of telegenetics and digital genetics at Cleveland Clinic's Genomic Medicine Institute.