TEHRAN, Jan 15 - Britain's parliament faces its biggest decision since World War Two on Tuesday: whether to back Prime Minister Theresa May's Brexit divorce deal, a vote that will influence the country's prosperity for generations to come. 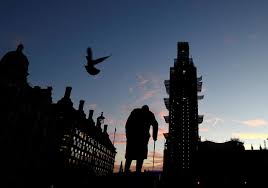 TEHRAN, Young Journalists Club (YJC) - The future of the United Kingdom's March 29 exit from the EU is deeply uncertain as parliament is likely to vote down May's deal, opening up outcomes ranging from a disorderly divorce to reversing Brexit altogether.

Parliament has been the arbiter on some of the government's most important decisions from approving closer trade and political ties with Europe to debates about war and peace during the last seven decades.

But many historians, political analysts and lawmakers say this week's vote is the most important in the post-war era.

The outcome of the vote will affect the lives of most of the United Kingdom's 67 million people and will shape the future of the European project of forging greater unity.

"We have known many worse times in this country, and some more dangerous times, but... not since the war have this house and this parliament faced a more important moment," said Nicholas Soames, former Prime Minister Winston Churchill's grandson and a lawmaker himself, in a debate last week.