Enemies seeking to create discontent in Iran via pressures: Minister

TEHRAN, Jan 16 - Iranian Interior Minister Abdolreza Rahmani Fazli warned of US plots to undermine the country through economic sanctions and said the enemies are seeking to create widespread discontent in Iran by increasing pressures on its people. 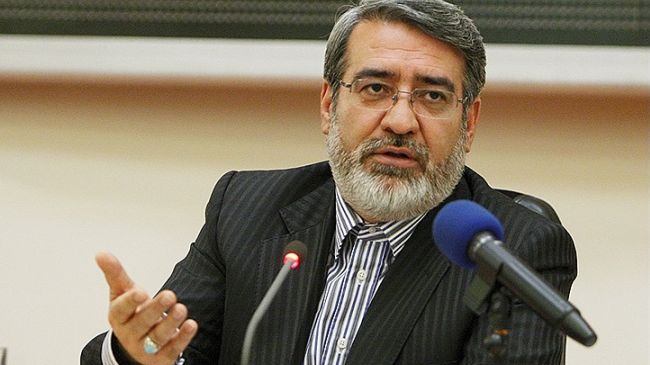 TEHRAN, Young Journalists Club (YJC) - “We are aware of all the possible pressures of the enemies and all of the current pressures have been taken into account,” Rahmani Fazli said in a speech on Tuesday night.

“Knowing all these restrictions and the country’s capacities, we believe that we are capable of managing the country despite all these pressures,” he said.

“The enemies’ pressure is essentially targeting the people,” the interior minister said, adding that they are seeking to increase the pressure on the people to raise the level of public discontent.

Trump on August 6 signed an executive order re-imposing many sanctions on Iran, three months after pulling out of the Iran nuclear deal known as the Joint Comprehensive Plan of Action (JCPOA).