TEHRAN, Jan 16 - Kenyan President Uhuru Kenyatta said Wednesday that gunmen who stormed an upmarket hotel complex, killing 14 people, had been "eliminated" after an almost 20-hour siege in which hundreds of civilians were rescued. 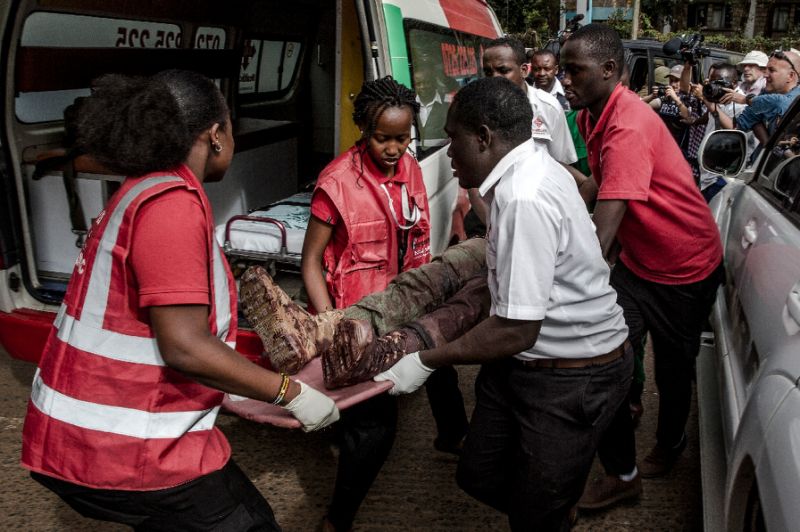 TEHRAN, Young Journalists Club (YJC) - The attack was claimed by the Al-Qaeda-linked Somali group Al-Shabaab, which has repeatedly targeted Kenya since it sent its army into Somalia in October 2011 to fight the extremist group.

At least one suicide bomber blew himself up and gunmen engaged security forces in numerous shootouts during the assault on the DusitD2 compound, which includes a 101-room hotel, spa, restaurant and office buildings.

In a televised address, Kenyatta said some 700 civilians had been evacuated throughout the attack at DusitD2, with the swift and effective work from security forces drawing widespread praise in local media.

"I can confirm that... the security operation at Dusit complex is over and all the terrorists eliminated," Kenyatta said in a televised address to the nation.

"As of this moment, we have confirmation that 14 innocent lives were lost to the... terrorists, with others injured."

Police sources and a mortuary official had previously reported 15 dead.

It was not immediately clear how many attackers there were in total.

At least one of them blew himself up at the start of the attack.

A police source said two attackers had been shot dead Wednesday morning after a prolonged shootout.

"The two have red bandanas tied around their forehead and bullets strapped around their chest with several magazines each," the senior police officer said.

"Each had an AK47 which has been secured."