TEHRAN, Jan 17 - Iran’s Foreign Ministry dismissed the concerns raised by the US and France about Tehran’s move to launch a satellite into space, saying the worrying fact is the atrocities that the allies of certain Western countries are committing in the Middle East every day. 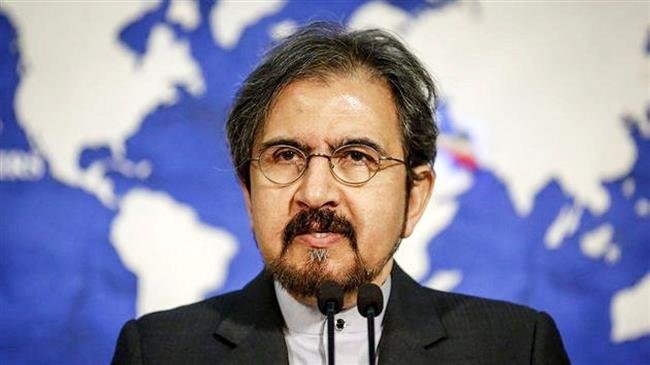 TEHRAN, Young Journalists Club (YJC) - In comments on Wednesday evening, Foreign Ministry Spokesman Bahram Qassemi rejected the statements released by the US and France which have voiced concern about the launch of an Iranian satellite into space.

Faced with decades of cruel sanctions, the Islamic Republic of Iran has relied on its young space scientists and has gained reliable know-how in this field, the spokesman noted, stressing that such technology and capability is used for scientific purposes and for meeting the country’s demands in the space sphere.

“Such (space) capabilities have civilian nature and are by no means in violation of any of the international regulations in this area,” Qassemi noted, underscoring that such Iranian technology does not breach the UN Security Council Resolution 2231 or any other resolution.

“Every nation is entitled to use and enjoy such knowledge and technology, and the other countries have no right at all to deprive the other nations of enjoying the scientific technologies under any justification, reason, one-sided and incorrect motives, and by resorting to wrong interpretations,” he underlined.

Qassemi then described the Middle East as a crisis-hit region that has practically turned into a depot of arms due to the flow of billions of dollars in Western-made arms to the regional countries, denouncing the “shameful humanitarian catastrophes” caused by that the allies of the US and France in the region.

He concluded that such humanitarian crises are definitely more worrying than Iran’s local scientific activities.

“It is a great pity that in the contemporary world, the criteria of certain countries for worry and expression of concern are not humanitarian issues, but economic interests and the amount of revenue earned in the trade caused by the outbreak of wars in different parts of the world,” he deplored.

Denouncing the “groundless” concerns about Iran’s launch of satellite voiced by the foreign ministries of France and the US, Qassem said Iran sticks to a path that serves its “strategic long-term interests” and will never sacrifice its scientific growth for the bogus and fabricated concerns of the outsiders.