Iran hits back at Israeli PM for Syria comments

TEHRAN, Jan 17 - Iran’s Foreign Ministry spokesman lashed out at the Israeli prime minister for his warning to Iran to pull out of Syria, reminding the Zionist regime to know its limits and avoid threatening Iran. 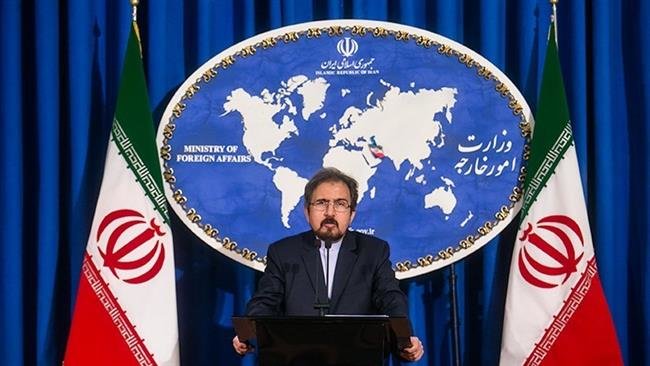 Netanyahu warned on Tuesday that the Israeli regime would press ahead with its campaign against Iranian entrenchment in Syria, saying, “I advise them to get out of there quickly because we will continue our offensive policy as we promised and as we do without fear and without pause.”

In response, Qassemi said, “The Islamic Republic of Iran does not have military units and forces –as what the negative propaganda of enemies claim- in Syria, but Iran’s advisory forces are present in that country at the request of Syria’s official government.”

He also noted that the Iranian advisory forces have been helping the Syrian Army, resistance front and people in retaking the Syrian territories occupied by the terrorists over the past years.

“We warn the Quds occupying regime (Israel), particularly its prime minister, to not overstep the mark and not make irrelevant, wrong and baseless comments, because we will never let you (Zionists) do so,” the Iranian spokesperson added.

Qassemi further underlined that no one could threaten Iran, and that Tehran will teach the Israeli leaders how to talk and behave if necessary.

“The Islamic Republic of Iran is a powerful country and what it says is quite right and precise,” the spokesman noted, decrying Netanyahu’s comments as a pack of lies and a propaganda show.

He finally noted that Netanyahu would deal with the issue of Palestine and the anti-Israeli resistance if he were really capable of doing anything.

On Wednesday, Commander of the Islamic Revolution Guards Corps also derided the Israeli prime minister’s remarks, cautioning the Zionist regime not to play with the lion’s tail and reminding Israelis about Iran’s “roaring missile with pinpoint accuracy.”