TEHRAN, Jan 17 - Turkey said on Thursday it had deported a journalist working for the largest Dutch financial newspaper, Het Financieele Dagblad, after it received information from Dutch police that she had links to "a designated terrorist organization". 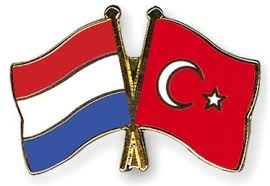 "Ans did her work prudently and responsibly... It’s extraordinarily sad that journalists in Turkey can't do their work in peace," FD editor-in-chief Jan Bonjer wrote in the paper.

Dutch national police declined to comment. All Dutch authorities referred calls on the matter to the national prosecutor's office where spokespeople were not immediately available.

Turkish officials initially said that Boersma's deportation was not linked to her work as a journalist, before saying it was due to "suspected terrorism links".

The office of President Tayyip Erdogan then issued a statement that Turkish authorities had received Dutch police intelligence saying Boersma "had links to a designated terrorist organization (as well as) a request for information about her movements in and out of Turkey."

Boersma had been visiting an immigration office in Istanbul to extend her visa on Wednesday when she was detained, her paper (FD) said. "And suddenly you’re sitting in the airplane back to the Netherlands," Boersma said in a tweet on Thursday. "I've been "declared an ‘undesirable person’ in Turkey."

Terrorism-related investigations in Turkey often cite alleged links to Kurdish militants or the network of a U.S.-based Islamic preacher accused of orchestrating a failed coup in 2016.

Boersma, 31, began working as a correspondent in Turkey in 2017 and had previously been a journalism teacher.