TEHRAN, Jan 18 - A senior official from North Korea is in Washington for a rare visit, during which he is expected to meet US President Donald Trump as the two countries seek to finalize a new summit aimed at denuclearization. 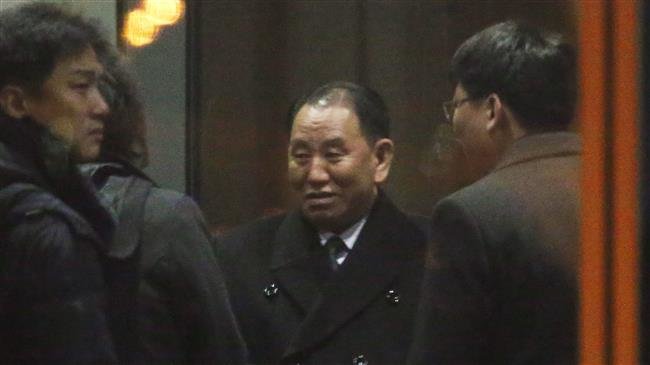 The North Korean negotiator abruptly canceled his last planned talks in the United States, a meeting set two months ago in New York with US Secretary of State Mike Pompeo.

A US official, speaking on the condition of anonymity, said Pompeo would welcome the North Korean on Friday for a meal in Washington before the two are expected to head together to the White House.

Meanwhile, high-ranking diplomats from the United States and North Korea are holding talks in Sweden, a diplomatic source told Reuters on Friday.

The high-level meeting could mean the two countries are nearing a compromise following a months-long standoff over how to move forward in denuclearizing the Korean Peninsula.

Earlier this month, South Korean President Moon Jae-in said that he thought a second summit between Trump and Kim was “imminent.”

Trump has repeatedly expressed his desire to meet Kim Jong Un again after their landmark June summit in Singapore, the first meeting ever between sitting leaders of the US and North Korea.

The United States and North Korea were foes throughout the Cold War and fought on opposite sides of the Korean War from 1950 to 1953.

Washington and Pyongyang have never formally ended the 1950-53 Korean War. When the three-year war ended, the two countries agreed to a truce agreement but not a peace treaty.

Trump has repeatedly claimed his diplomacy as a triumph, recently boasting there would have been “a nice big fat war in Asia” if it were not for him.

US media have cited Vietnam and Thailand as candidate venues for a second summit, but North Korean state-run news agency Yonhap speculated that there is a possibility that the truce village of Panmunjom along the inter-Korean border will be picked.

North Korean authorities have complained about continued US and UN sanctions on their country, calling them a “source of mistrust.” They have also denounced what they have called "gangster-like behavior" by the US.

Pyongyang says Washington has betrayed the spirit of the June summit by making unilateral demands on the complete, verifiable and irreversible denuclearization, while putting the sanctions in place.