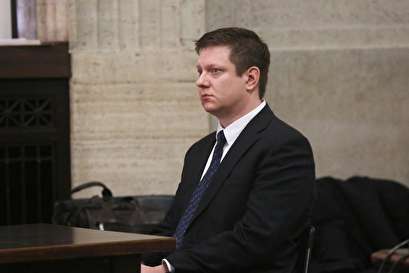 Jason Van Dyke was sentenced to 81 months in prison for his second-degree murder conviction. The judge declined to sentence him for the 16 counts of aggravated battery with a firearm.

"Today's sentencing marks the end of a court case, but our work to bring lasting reform to the Chicago Police Department continues," Chicago Mayor Rahm Emmanuel said in a statement. "While a jury and judge have rendered their decisions, all of us who love Chicago and call this city home must continue to work together, listen to each other, and repair relationships that will make Chicago safer and stronger for generations to come."

A jury convicted Van Dyke in October of second-degree murder and 16 counts of aggravated battery, one for each bullet that struck McDonald. It was the first conviction of a Chicago police officer for murder in more than 50 years.

McDonald, who was black, was shot in 2014 while under the influence of drugs. Police said he ignored Van Dyke's verbal demands to drop a knife he held as he walked down a street. The court-ordered release of a video of the incident, taken from a camera mounted on the dashboard of Van Dyke's police car, prompted anger throughout Chicago and led to racially charged protests police reforms.

The sentencing follows Thursday's acquittal of three other Chicago police officers on charges they conspired to protect Van Dyke in the case.

In attendance at the sentencing hearing Friday were Van Dyke's wife, father and two daughters. McDonald's relatives and supporters sat at the other ends of the courtroom. Gaughan spent the morning Friday addressing pertinent issues in the case.