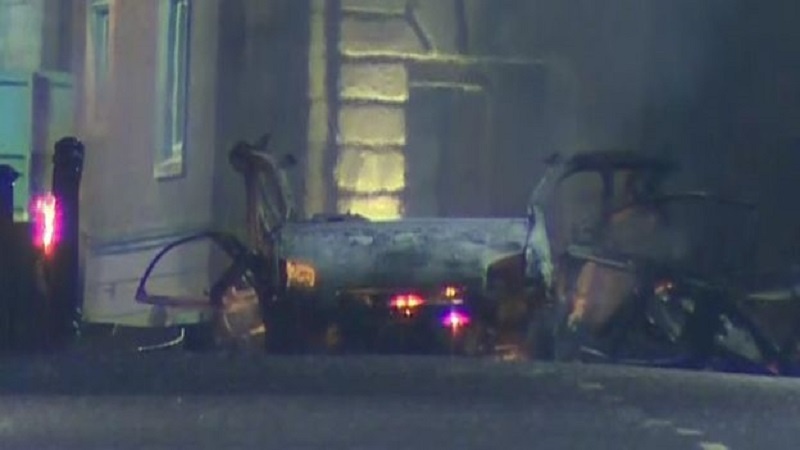 TEHRAN, Young Journalists Club (YJC) - The explosion occurred in Bishop Street at about 20:15 GMT on Saturday, shortly after police received a warning.

Officers were on the scene when the blast occurred. No one is believed to have been injured, BBC reported.

Police had just started evacuating nearby buildings, including a hotel, when the explosion took place. A cordon has been set up at the scene.

Local politicians have told that the vehicle was hijacked in Derry some time before the explosion.

However, they said that there is another car they 'are not happy about' and are evacuating the area and advising residents in the area to make preparations to leave.

A cordon has been set up around the scene and police are evacuating more buildings on Bishop Street.

According to reports, businesses and other properties have been evacuated and the cordon on Bishop Street has been extended.

One business owner said she heard a bang and was lucky to be inside at the time. She said she could have been on the street minutes later.

The PSNI has asked members of the public to stay away.