TEHRAN, Jan 21 -A common gut bacteria can block a common Parkinson's disease medicine from working on patients with the disease, a new study says. 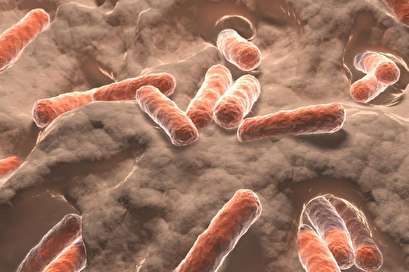 TEHRAN, Young Journalists Club (YJC) -Gut bacteria metabolizes levodopa, a common Parkinson's medication, into dopamine, a neurotransmitter in the brain. Since dopamine can't pass through the blood-brain barrier, it saps the levodopa of its effectiveness, according to a study published Friday in the journal Nature Communications.

"It is well established that gut bacteria can affect the brain," Sahar El Aidy, an assistant professor in microbiology at University of Groningen and study lead investigator, said in a news release. "There is a continuous chemical dialogue between gut bacteria and the brain, the so-called gut-brain axis."

The less effect a normal dosage of levodopa has on a Parkinson's patient, the more of the drug a doctor will administer. This can lead to dyskinesia, a condition that causes involuntary movements and severe pain.

So the researchers needed to zero in on the cause of the conversion to dopamine. Since decarboxylase enzymes convert levodopa to dopamine, doctors gave test rats with Parkinson's a decarboxylase inhibitor to block that conversion.

"We then determined that the source of this decarboxylase was Enterococcus bacteria," Sebastiaan van Kessel said.

To prevent decarboxylase from turning levodopa into dopamine, the researchers injected the test rats with a decarboxylase inhibitor called Carbidopa.