TEHRAN, Jan 22 -The European Union has imposed sanctions against a number of Russian and Syrian individuals over what it claims to be their links to chemical weapons attacks. 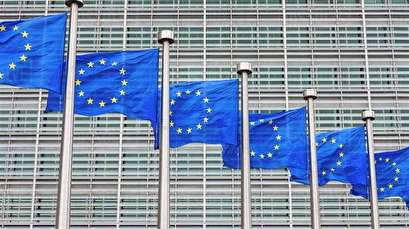 TEHRAN, Young Journalists Club (YJC) -During a Monday meeting in the Belgian capital, Brussels, EU foreign ministers agreed to slap travel bans and asset freezes on four Russians working for the country’s military intelligence agency, the GRU, in connection with the poisoning of ex-spy Sergei Skripal and his daughter in Salisbury, England, in March 2018.

The punitive measures target the GRU head, deputy head and two officials “for possession, transport and use in Salisbury of a toxic nerve agent,” the ministers said in a statement.

The Skripals escaped death, but months later, a Salisbury resident died after coming into contact with the nerve agent, which had been put in a perfume bottle, and her partner had to be given extensive medical treatment.

Britain’s Foreign Secretary Jeremy Hunt said the fresh bans “deliver on our vow to take tough action against the reckless and irresponsible activities of the Russian military intelligence organization.”

Kremlin spokesman Dmitry Peskov rejected the sanctions as “groundless,” saying, “We have still not heard any evidence” against those accused in Skripal’s case.

“We reserve the right to take retaliatory measures over this unfriendly step,” a Russian Foreign Ministry statement read.“An information campaign unleashed by the British authorities over this case primarily has a domestic agenda. It is telling that its new round coincides with a new crisis in Brexit talks,” it added.

Alongside the Russian individuals, the EU slapped sanctions on Syria’s state-run Scientific Studies and Research Center (SSRC) as well as five of its staff over what it calls the use of chemical weapons.

The EU foreign ministers said in their statement that the new sanctions contribute “to the EU’s efforts to counter the proliferation and use of chemical weapons, which poses a serious threat to international security.”

Hunt claimed that the Syrians targeted are responsible for chemical weapons attacks in Syria, including the one that hit the Damascus suburb town of Douma on April 7, 2018.

Western states blamed the Syrian government for the incident, but Damascus firmly rejected the accusation.

One week after the suspected gas attack, the US, Britain and France launched a coordinated missile strike against sites and research facilities near Damascus and Homs with the purported goal of paralyzing the Syrian government’s capability to produce chemicals.

This is while Syria surrendered its entire chemical stockpile in 2013 to a mission led by the OPCW and the UN.

Separately on Tuesday, the EU added 11 Syrian businessmen and companies that support the administration of Syrian President Bashar al-Assad to another sanctions list.

They were described as being involved in luxury real estate and other government-backed projects.