TEHRAN, Jan 22 -Iran has slammed Germany's "hasty and unjustifiable" move to revoke the license of Iran’s Mahan Air, saying the decision runs counter to the spirit of deep-rooted relations between the two countries. 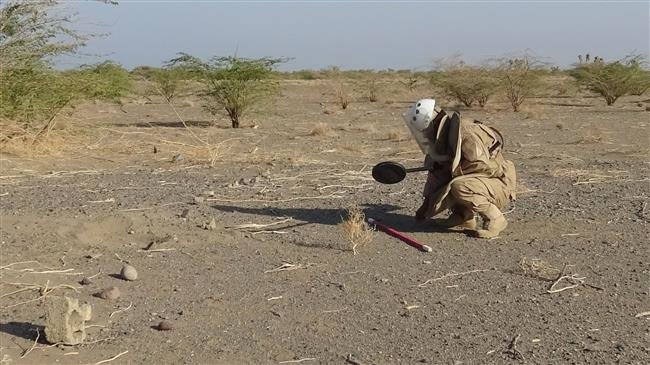 TEHRAN, Young Journalists Club (YJC)-According to a report by the official Saudi Press Agency, SPA, on Monday, the experts – two from South Africa, one from Croatia, one from Bosnia and one from Kosovo – were killed in the central province of Ma'rib a day earlier in an accidental explosion when they were transporting extracted mines and explosives to be destroyed.

The report alleged that the mines and explosives had been planted by fighters of Yemen’s popular Houthi Ansarullah movement, which, alongside the Yemeni army, has been defending the impoverished nation against a Saudi-imposed war over the past nearly four years.

The foreign nationals were all working for a Saudi demining program in Yemen, known as Masam Project, and were killed in a huge blast taken place due to the suspected miscarriage of a large number of mines and explosives in their vehicle as the team was on route from the project’s headquarters in the provincial capital of the same name to a remote locality for safe destruction, it added.

Separately, Ousama Algosaibi, the managing director of Masam, in a posting on Twitter on Monday confirmed the explosion. Furthermore, the so-called King Salman Humanitarian Aid and Relief Center, KSRelief, also confirmed that the foreign “demining experts” were killed in the incident. The Masam Project is a part of the KSRelief.

Leading a coalition of its allies, Saudi Arabia invaded Yemen in March 2015 in an attempt to reinstall Yemen’s former President Abd Rabbuh Mansur Hadi, who had resigned amid popular discontent and fled to Riyadh, and to eliminate the Houthis, who have been running state affairs of their war-ravaged country since the onset of Saudi brutal campaign against Yemen.

The invasion, which has failed to achieve any of its goals, has reportedly killed over 56,000 people. It has also taken a heavy toll on the country’s infrastructure, destroying hospitals, schools, and factories.

The Saudi-led coalition has employed foreign fighting forces, most notably from Sudan, as mercenaries in its war against Yemen and used other foreign nationals as experts in its brutal war machine.

The UN officials has already said that a record 22.2 million Yemenis are in dire need of food, including 8.4 million threatened by severe hunger. According to the world body, Yemen is suffering from the most severe famine in more than 100 years.

With the war drawn into a deadlock, Saudi Arabia is virtually mired in a quagmire, having faced repeated military backlashes in Yemen and reprisal attacks inside its own territories.