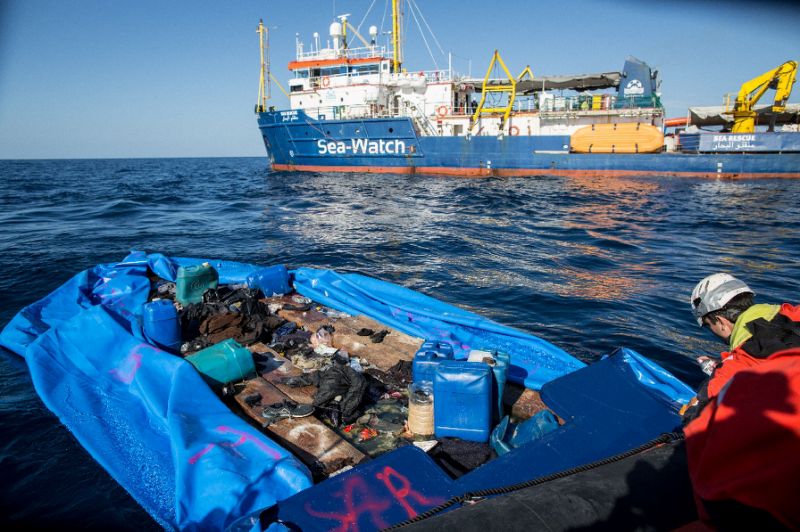 TEHRAN, Young Journalists Club (YJC) - "Umpteenth provocation: having stayed for days in Maltese waters, Sea Watch 3 with 47 on board is heading for our shores. No one will disembark in Italy," he tweeted.

"Ready to send medicine, food and whatever is necessary, but Italian ports are and will remain closed."

The Dutch-flagged vessel, which is operated by the German NGO Sea Watch, picked up the migrants and asylum seekers six days ago off the coast of Libya as they made the treacherous Mediterranean crossing.

Since then Malta and Italy, the nearest European Union countries, have refused to let them dock, despite an encroaching storm.

"We're facing a Mediterranean cyclone, a rather rare weather phenomenon with waves of 7 meters (23 foot), rain and icy wind," the NGO tweeted on Thursday.

"#SeaWatch is sailing in this storm and looking for shelter, on board are 47 people rescued out of distress last Saturday."

The boat is currently headed for waters off eastern Sicily, according to maritime tracking sites, to seek shelter from the weather.