TEHRAN, Jan 25 - Turkish President Recep Tayyip Erdogan says the Ankara government expects a “security zone” to be created in neighboring Syria within a few months as the United States withdraws its troops from the war-torn Arab country. 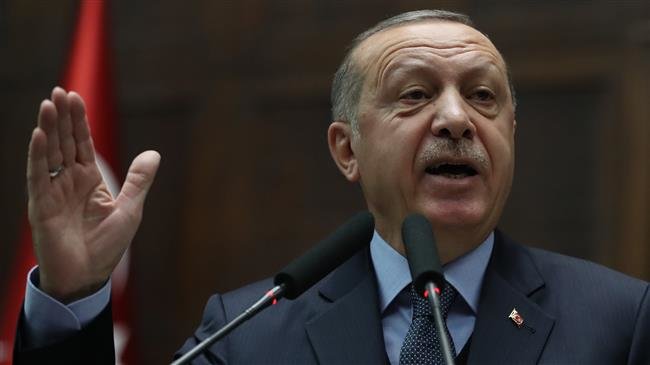 TEHRAN, Young Journalists Club (YJC) - “The zone should be aimed at protecting our country from terrorists not protecting terrorists right beside our border, and should be established within a few months,” Erdogan said in a speech in Turkey’s eastern province of Erzurum on Friday.

“Otherwise, we will definitely form this safe or buffer zone ourselves. Our only expectation from our allies is that they provide logistical support to Turkey's effort,” he added.

“Our patience has a limit,” Erdogan said. “We will not wait forever for the fulfillment of the promises given to us.”

Since 2012, Turkey has been calling for the establishment of a safe zone of 30-40 kilometers between the northern Syrian towns of Jarablus and al-Rai in a bid to drive out Kurdish People's Protection Units (YPG) and to protect civilians. However, the plan has not come to fruition so far.

Erdogan and his US counterpart Donald Trump held a telephone conversation last week, where the Turkish leader expressed Ankara's determination to establish a safe zone in northern Syria.

Trump has suggested creation of a 30-kilometer safe zone along Turkey’s border with Syria, but has not specified who would create, enforce or pay for it, or where it would be located.

Ankara has been threatening for months to launch an offensive in northern Syria against US-backed YPG militants.

Turkey considers the YPG a terrorist organization and an extension of the outlawed Kurdistan Workers’ Party (PKK), which has been fighting for an autonomous region inside Turkey since 1984.

The Turkish military, with support from allied militants of the so-called Free Syrian Army, has launched two cross-border operations in northern Syria, dubbed “Euphrates Shield” and “Olive Branch”, against the YPG and Daesh Takfiri terrorists.