TEHRAN, Jan 28 - Hundreds of people wearing red scarves marched through central Paris on Sunday, in a counter-demonstration held against the Yellow Vests. 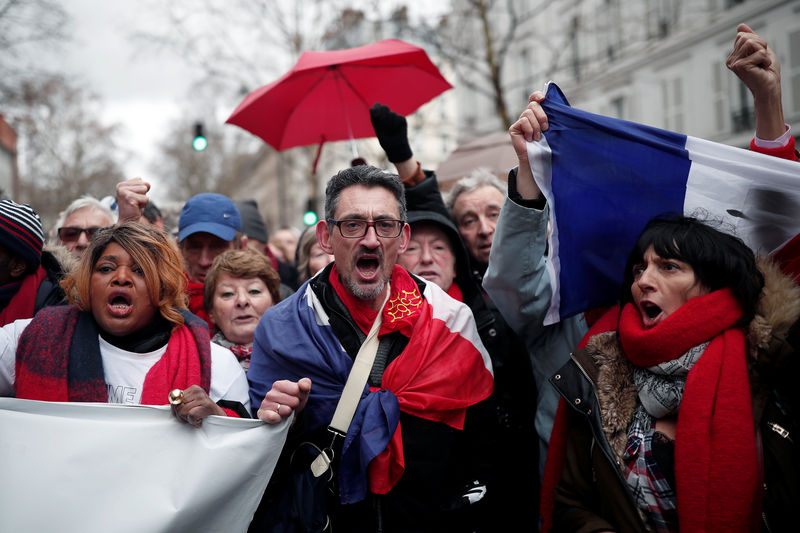 TEHRAN, Young Journalists Club (YJC) - The 'Red Scarves' hit the streets of the French capital in a largely peaceful protest, asking to put an end to the chaos and unrest that struck the country since November's emergence of the Yellow Vests movement.

"I had enough of violence, and hatred, it's not the way that we are going to strengthen our country, and frankly it has to stop," said one protester.

The Yellow Vests protests, which hit Paris and other French cities for the eleventh consecutive weekend, resulted in one of the worst urban rioting episodes in the capital in decades.